US becomes the ‘most attractive country for renewable energy investment’ 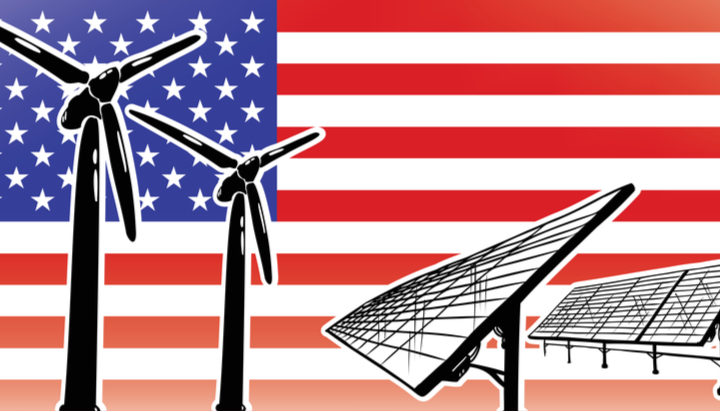 The US has become the ‘most attractive country for renewable energy investment’, according to the 55th EY Renewable Energy Country Attractiveness Index (RECAI).

The survey, which ranks countries on the attractiveness of their renewable energy investment and deployment, also suggests the renewables sector is expected to quickly bounce back from the economic downturn caused by the coronavirus as renewable investment remains strong.

Analysts note April saw coal account for less than 1% of electricity generation in the UK, with low carbon sources accounting for around 57%.

The US secured the top position for the first time since 2016, in part because of a short-term extension to a federal incentive that provides financial support for the development of renewable energy facilities and the long-term growth in offshore wind.

The UK has ranked sixth this year – the nation has been buoyed by the government’s decision to re-include onshore wind and solar projects in the next Contracts for Difference auction.

France has improved its rank to third position as it secured strong power prices for wind and solar, while Spain’s ranking improved by four positions despite being hit hard by the pandemic – this progress is attributed to a strong government focus on climate and energy policy.

Ben Warren, EY Global Power & Utilities Corporate Finance Leader and RECAI Chief Editor, commented: “While new renewable installations may well be down as much as 10% in 2020 compared to 2019 levels, there is an expectation that the industry will be more resilient than others, with some predicting a bounce-back in 2021.”

Benoit Laclau, EY Global Energy Leader, said: “Despite the current crisis, this is a defining and transformative opportunity for the energy industry.

“Energy leaders must realise this is a win-win situation with the potential for disrupting the status quo and take action towards investments in renewables and related sustainable long-term infrastructure, such as energy efficiency, smart power networks and low-carbon transport infrastructure.”