India forges ahead with solar plants in bid for ‘self-reliance’

The £4.7bn renewable asset development could create up to 40,000 jobs 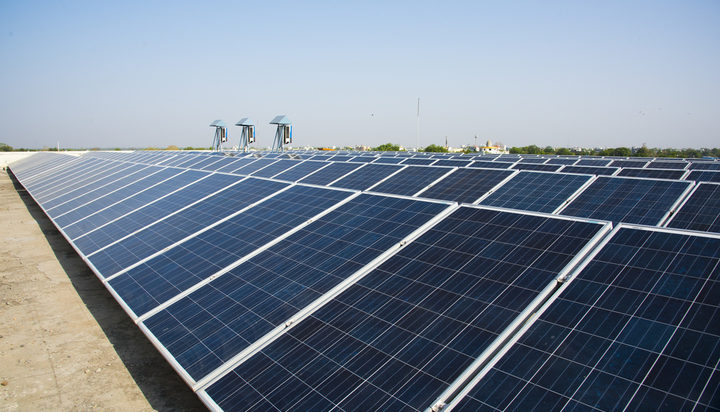 The rally call to get India manufacturing and producing more energy and assets nationally is also part of the nation’s commitment to combat climate change.

Solar Energy Corporation of India (SECI) which awarded the contract to AGEL, said the company will also develop a further 2GW of solar cell and module manufacturing capacity. The ₹45,000 crores (£4.7bn) investment is expected to create up to 40,000 jobs and reduce 900 million tonnes of carbon dioxide emissions.

The solar projects form part of AGEL’s commitment to add a total of 25GW of new renewable capacity by 2025.

Mr Gautam Adani, Chairman of the Adani Group, said: “India made a commitment at the 2015 United Nations Climate Change Conference (COP21) in Paris that it would lead the Climate Change revolution and today is the leader among the just eight nations on track to meet their COP21 commitments.”

The first phase of the solar project is expected to come online by 2022, with the remainder to be commissioned in phases until 2025.