The six-seater plane has a hydrogen fuel cell powertrain, which promises a better energy-to-weight ratio, making it viable for commercial operations 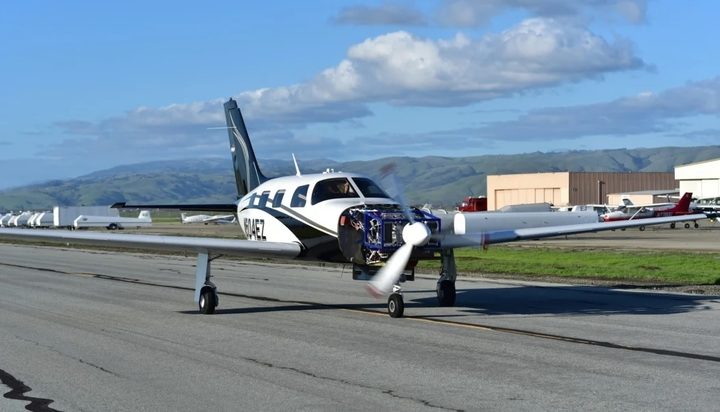 Silicon Valley startup ZeroAvia has conducted what claims to be the ‘first-ever BATTERY electric-powered flight’ of a commercial-scale aircraft carried out in the UK.

The first flight of the new version of the company’s powertrain from its base at Cranfield Airport in Bedfordshire.

The six-seater plane’s powertrain promises a better energy-to-weight ratio, making it viable for commercial operations at a much larger scale and in a shorter time frame.

ZeroAvia is focused on developing a hydrogen fuel cell powertrain and plans to convert a 19-seat aircraft to run on hydrogen and have it in commercial use as early as 2023.

A hydrogen refuelling infrastructure has recently been commissioned and ZeroAvia has completed a full set of ground-based flight simulations for its long-distance hydrogen flights.

Val Miftakhov, ZeroAvia Founder and CEO, said: “Today’s flight is the latest in a series of milestones that moves the possibility of zero-emission flight closer to reality.

“We all want the aviation industry to come back after the pandemic on a firm footing to be able to move to a net zero future, with a green recovery. That will not be possible without realistic, commercial options for zero-emission flight, something we will bring to the market as early as 2023.”

The longer-distance hydrogen-electric test flights are planned for later this summer.