‘Progress towards the EU’s climate and energy targets has stalled’

The climate-related economic losses in 2017 amounted to €12.1 billion, according to the latest Eurostat report 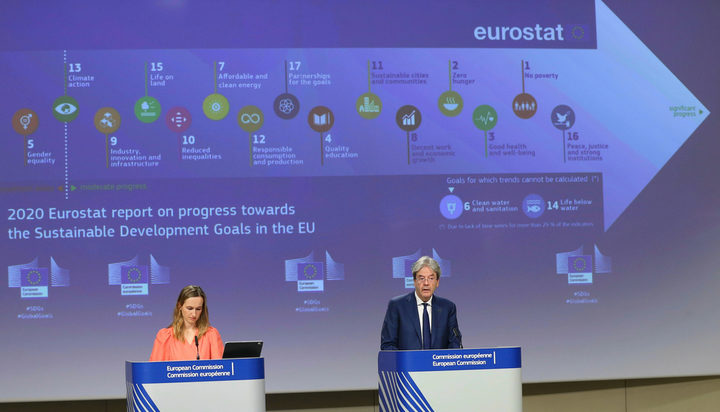 Progress towards the EU’s climate and energy targets has stalled, as has the shift towards a circular economy.

That’s one of the findings of the latest report by the EU statistics office Eurostat, which suggests there was no progress for climate action during the last five years.

Although there has been an 18.9% increase in renewable energy consumption since 2013, the report shows the greenhouse intensity of the overall energy use has risen.

In the monitoring report, trends also demonstrate pressures on ecosystems and biodiversity have been increasing in some areas.

The European bloc’s carbon dioxide emissions were reduced by 2.7% from 2013 to 2018 but temperatures kept rising, according to figures.

The data coming from all European member states which indicate the progress towards EU’s goals, also shows Europe has moved away from the objective of gender equality.

Although womens’ hourly earnings are slowly catching up with men, with increased inequalities in education and the labour market, the gender gap has widened. Many more women than men were also still economically inactive because they were caring for children or the elderly, Eurostat says.

For eight sustainable development goals (SDGs), the EU made overall moderate progress during the past five years, including the goal of ‘sustainable cities and communities’, the goal of ‘affordable and clean energy’ and the goal of ‘industry, innovation and infrastructure’.

In the case of two goals, ‘clean water and sanitation’ and ‘life below water’ the report says overall trends cannot be calculated due to insufficient data during the past five years.

European Commissioner for the Economy Paolo Gentiloni said: “The EU has already reached its 20% greenhouse gas emissions reduction target for 2020. If we follow this path, and the planned measures contained in national energy and climate plans, we are projected to meet our 2030 greenhouse gas target.

“Despite these efforts, European countries are increasingly facing the impacts of global climate change. The surface temperature in Europe between 2009 and 2018 was already 1.6 °C above pre-industrial times.”