What a waste of time – beachgoers overwhelm council with rubbish 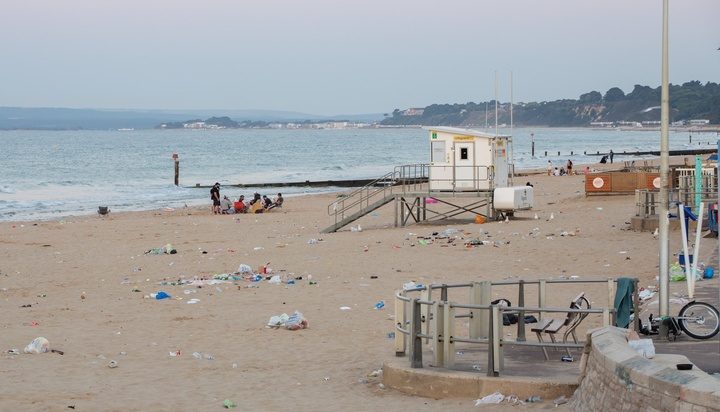 What lessons did we learn from Covid-19? Perhaps it was how to produce tons of rubbish from drinking and eating on beaches?

Bournemouth, Christchurch and Poole (BCP) Council reported 41 tonnes of waste was left from people who packed seasides over recent days.

The local authority’s crews have also allegedly received ‘widespread abuse and intimidation’ as they attempted to empty overflowing bins on the seafront.

Council Leader Vikki Slade said: “We are absolutely appalled at the scenes witnessed on our beaches, particularly at Bournemouth and Sandbanks, in the last 24-48 hours.

“The irresponsible behaviour and actions of so many people is just shocking and our services are stretched to the absolute hilt trying to keep everyone safe. We have had no choice now but to declare a major incident and initiate an emergency response.”