UTILITY Alliance has strengthened its position as one of the UK’s market leaders by making two key appointments to its senior management team. 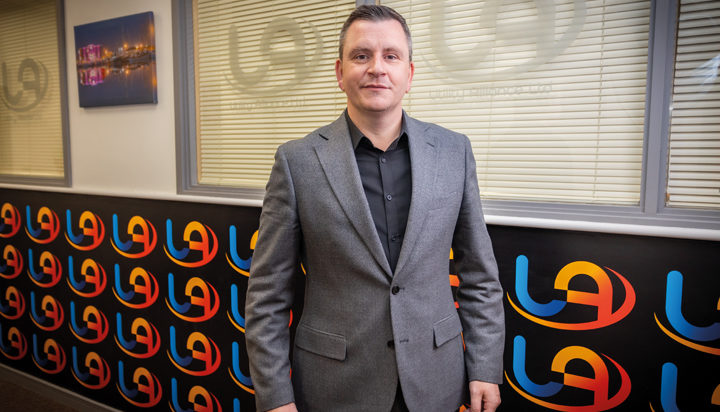 The company, which operates from a headquarters in Hartlepool and also has offices in Newcastle and Sheffield, set up in 2015 and has enjoyed rapid growth over the last five years.

Kevin Anderson has been appointed as Director of Marketing, while Scott Pearson will lead the company’s training team.

Anderson has an extensive background across Private Equity, Family and Listed Ownership structures and has a proven track record of growth through strong leadership.

Both started their roles at the end of June, and were in position when the rest of the company’s 450-strong workforce returned to the offices after the lockdown situation eased in the first week of July.

Bob Moore, Managing Director at Utility Alliance, said: “Both Kevin and Scott come with a vast amount of experience and we are delighted to have them on board.

“Since setting up the company in 2015 we have regularly made senior appointments to our management team, and we are confident that Kevin and Scott will help us continue to make progress.”

Utility Alliance has performed well during the COVID-19 situation, with plans which were put in place prior to lockdown being announced being implemented as soon as the Government issued guidance advising businesses to make changes.

Moore added: “These have been unprecedented times for everyone, but the fact we continued to perform well as a business during lockdown is testament to the plans which were put in place before the Government made the announcement.

“Our business model remained the same, we didn’t make any dramatic changes to the way we operated other than contacting customers – new and old – while they themselves were working from home.

“We are a target-driven operation, and while that figure was reduced to a realistic level to take into account the change in working conditions we are delighted with the performance over the last few months.

“What we found was business owners we spoke to were using the period of uncertainty to take a closer look at their energy spend and consumption.

“They had more time away from the day-to-day running of their company and we found that if we could make a change to their bottom line then there was a very positive response.

“We have completed a phased return of our staff this week, we’ve invested heavily in changes to the working environment and rules and regulations around our building and it is nice to get back to some sort of normality.”