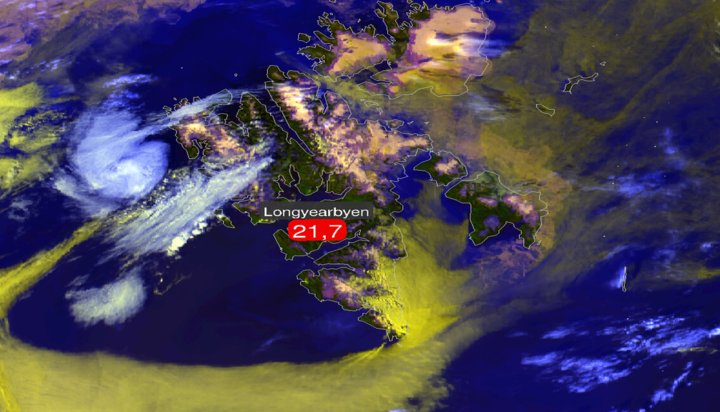 This weekend a 41-year old heat record broke in the Norwegian archipelago in the Arctic Ocean.

The Norwegian Meteorological Institute reported 21.7°C in the afternoon of Saturday, which is 0.4 degrees above the old record on 16th July 1979.

The scientists note on 16th July 1979, 21.3°C was measured on Svalbard. They say it was the only time temperatures above 20°C have been measured on the archipelago.

Svalbard is a Norwegian archipelago situated halfway between Norway and the North Pole.

A few days ago the temperature hit a record of 38°C in the Russian Arctic town of Verkhoyansk.