The trial, which saw a 250kW fuel cell system power a section of a data centre in Utah, is part of the company’s efforts to move towards becoming carbon negative by 2030 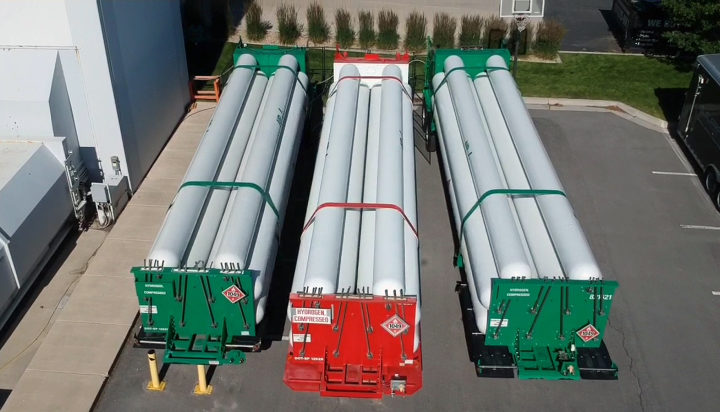 Microsoft has successfully used electricity generated by hydrogen fuel cells to power a row of data centre servers for 48 consecutive hours in the US.

The trial, which saw a 250kW fuel cell system power a section of a data centre in Utah, is part of the company’s efforts to move towards becoming carbon negative by 2030 and eliminate its dependency on diesel fuels.

Mark Monroe, a principle infrastructure engineer on Microsoft’s team for data centre advanced development said: “It is the largest computer backup power system that we know that is running on hydrogen and it has run the longest continuous test.”

Diesel fuel currently accounts for less than 1% of Microsoft’s overall emissions and its use is primarily confined to Azure data centres, where like at most cloud providers around the world, diesel-powered generator support continuous operations in the event of power outages and other service disruptions.

The company says diesel generators are expensive and don’t do anything for more than 99% of their life and the idea of running them on green hydrogen “fits in with our overall carbon commitments”.

It adds a data centre with fuel cells, a hydrogen storage tank and an electrolyser that converts water molecules into hydrogen and oxygen could be integrated with the electric power grid to provide load balancing services.

For example, the electrolyser could be turned on during periods of excess wind or solar energy production to store the renewable energy as hydrogen and during periods of high demand, Microsoft could start up the hydrogen fuel cells to generate electricity for the grid.

Lucas Joppa, Microsoft’s Chief Environmental Officer said: “All of that infrastructure represents an opportunity for Microsoft to play a role in what will surely be a more dynamic kind of overall energy optimisation framework that the world will be deploying over the coming years.”

Microsoft now intends to procure and test a 3MW fuel cell system, which is on par with the size of diesel-powered backup generators at Azure data centres.

It recently became a member of the Hydrogen Council, a global initiative of leading energy, transport and industry companies to spur the hydrogen economy.