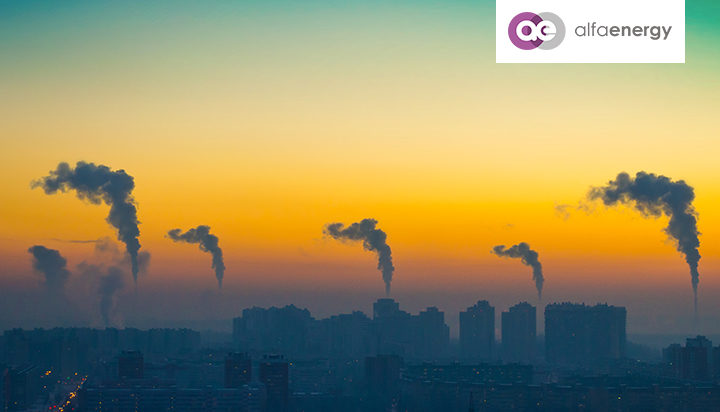 Supply and demand – or not

At first glance it seems at best ironic, possibly even perverse, that carbon prices should have been so strong in recent months. After all, the covid crisis has caused a collapse in industrial activity and power generation across Europe, reducing carbon emissions and therefore also the need for emitters to hold carbon allowances under the EU Emissions Trading System.

Ample supply and reduced demand hardly seem the sort of conditions to cause a surge in prices – so what has been going on?

The answer is complex – this is partly to do with the unusual structure of the carbon market, and partly a response to the wider economic conditions created as a result of the covid crisis.

Recent weeks have seen record contract highs for 2020, defying many analysts’ expectations. Prices reached a peak of around €31/t but have since pulled back and stabilised at around €26/t, very similar to pre-covid levels. Prices remain volatile but well supported and their impact can be seen in the forward curves in the power markets.

The frenetic interest in carbon is in stark contrast with the relative lack of interest in Europe’s over-supplied gas markets, where prices remain depressed. A very recent flurry of activity and an associated spike in European wholesale prices has done little to change this general picture. But with the price of oil, gas and many other commodities generally heading south, why is carbon so different?

Different – but still the same

Part of the explanation is what has not changed in recent months.

Fundamentals are hugely different from last year – demand generally is significantly depressed – but structure of the carbon market is essentially the same. According to Jason Durden, Head of Energy Markets and Risk Management at Alfa Energy Group, there is a structural imbalance between the industrial users and generators who are holding the certificates and the financial players in the market.

It is not in the interest of power generators to sell the carbon allowances they hold too quickly, even if some might be surplus to immediate requirements. High carbon prices are supporting power prices – a source of some relief to generators in an otherwise depressed power market.

Industrial users are in a slightly different position but are not particularly price sensitive and more concerned with managing their longer-term exposure to carbon costs. Their primary concern is ensuring they have sufficient allowances they need to carry on their business for the foreseeable future, not trying to make a short-term gain in the carbon market. Selling carbon allowances is not something they will tend to look at until the December contract approaches maturity.

As a result, there is a scarcity of sellers. These few sellers are being chased by short position holders, which data show to be the financial players. In a bullish market these players have to reduce their financial exposure because the market is going against their position. They have ended up chasing sellers that are not so far materialising in the market – hence the upward pressure on prices. In addition, there tends to less registry action and primary auction action in summer

So recent events in the carbon market appear to be more about structure than fundamentals. As Jason Durden puts it: “we are seeing the imbalances in the market supporting what looks to be fundamentally unjustified”.

Another influence on the carbon market is the wider economic situation caused by the covid crisis, including government actions to support and stimulate economic activity. Huge injections of capital and liquidity might be the right policy response but are likely to have consequences in terms of inflation and the erosion of currency values. In an inflationary world there is an aversion to holding cash. Investors are therefore attracted to commodities which, although also affected by depressed demand, might prove a hedge against inflation.

One of the most significant revelations of the covid crisis has been the resilience of political support for the green agenda and ambitions for Net Zero emissions by 2050. This is as true in the UK and in the EU, where the Green Deal is seen as a key part of the post-covid recovery strategy. This should be a reassurance for those that worry the EU carbon market is essentially a political creation and that there could be pressure to reduce prices through the Market Stability Reserve in harsh economic times.

Maybe carbon is over-valued right now – plenty would say so, though others might disagree – but one thing is clear. Carbon pricing is here to stay, and at levels that will remain significant in terms of their impact on the power markets, whatever happens to the economies of Europe as they recover from the covid crisis.

Need to know more about energy markets and what it means for prices? Listen to Alfa Energy’s latest commodity market Podcast Episode on The Resonance, Is the market gas lighting end users?!