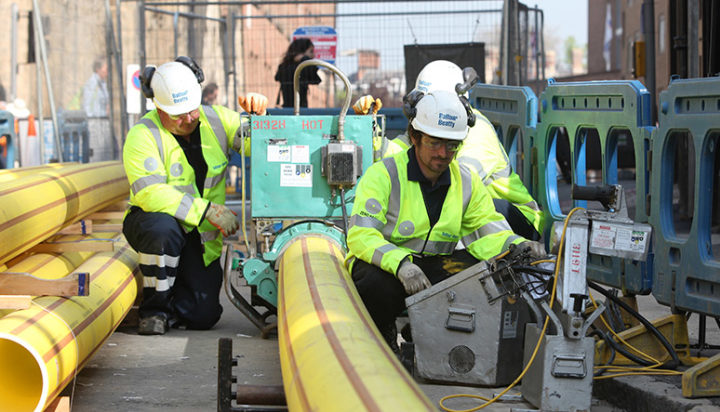 Balfour Beatty has confirmed it is withdrawing from both the gas and water markets as future opportunities “do not meet the Group’s selective bidding criteria”.

The announcement was made as the infrastructure group published its half year results for 2020, with an underlying loss from operations at £14 million which was principally due to the impact of COVID-19.

The company’s support services unit consists of utilities – including power transmission and distribution and gas and water – and transportation businesses, operating across rail, highways and managed road schemes for local authorities.

In the gas sector, Balfour Beatty delivers network maintenance and asset enhancements for the largest gas distribution companies in the UK and Ireland, expanding and renewing underground mains.

The company will continue to manage two long term gas contracts until early 2021, which it says have historically underperformed and have also been negatively impacted by COVID-19.

It added: “The gas market is no longer considered viable to the group because of the unfavourable working capital and onerous terms and conditions.”

It said: “Under the new AMP7 regulatory period (2020-2025) contracts are generally being awarded on terms that are not acceptable to Balfour Beatty and therefore the Group is only expected to retain the Anglian Water contract.”