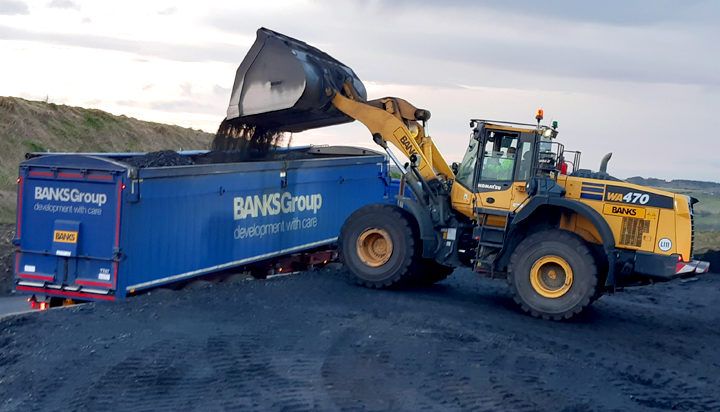 One of the last commercial coal mines in England is set to close in County Durham, marking the end of an era after the final coal extraction.

Banks Mining expects up to a dozen jobs to be lost at its Bradley surface mine – which was opened in 2018 to extract 500,000 tonnes of coal – after plans for a small extension were rejected.

The company had proposed a small extension on land to the west of the Bradley site, which would have entailed extracting around 90,000 tonnes of coal for supply to UK steel manufacturers and 20,000 tonnes of fireclay for use by regional brickmakers.

Banks Mining cites official figures that suggest around eight million tonnes of coal were used in the UK in 2019, with more than 80% of it being imported and around two-thirds of it utilised for purposes other than electricity generation.

Managing Director Gavin Styles said: “We have a highly skilled and dedicated workforce at our Bradley site, the great majority of whom live in surrounding communities and they have done an exceptional job over the last two and a half years.

“I am hugely frustrated, angry and sad to have to tell my skilled, hard-working and loyal team at Bradley that we will no longer be able to employ all of them, even though there is still significant demand from British industry for the coal and fireclay that they produce.

“While British industry still needs coal, it is patently obvious that it is better for our climate and for our jobs to mine it here in the UK, rather than exporting our jobs and increasing global greenhouse gas emissions by relying even more on importing coal over thousands of miles from Russia, the USA and Colombia.”

Banks Mining adds it has also been waiting for 28 months for a government decision on its proposed Highthorn surface mine in Northumberland, which it said could see an investment of £100 million into the North East economy.

A planning application for Banks’ proposed Dewley Hill surface mine to the west of Newcastle is also set to be considered by Newcastle City Council in the coming months.