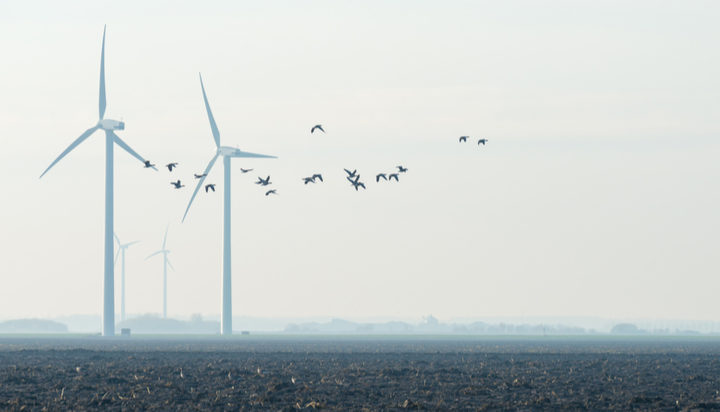 Painting one of the three blades of a wind turbine black could decrease bird mortality by 70%.

That’s according to a new study by the Norwegian Institute for Nature Research (NINA), which suggests the increased contrast makes the wind turbines more visible for birds so that they can avoid a collision.

Researchers predict this measure could have great significance for endangered species including white-tailed eagles.

NINA has also found ultraviolet lighting may deter the birds from the lit area and notes different placement of wind infrastructure could help reduce impacts.

Roel May, Researcher at NINA, said: “I think thorough pre- and post-construction monitoring, and actively applying mitigating measures, will make it possible to avoid potentially conflict-ridden areas and minimise the negative effects in the plan areas.

“Both the industry and the government should take responsibility and make ‘natural wind power’ the Norwegian standard.”