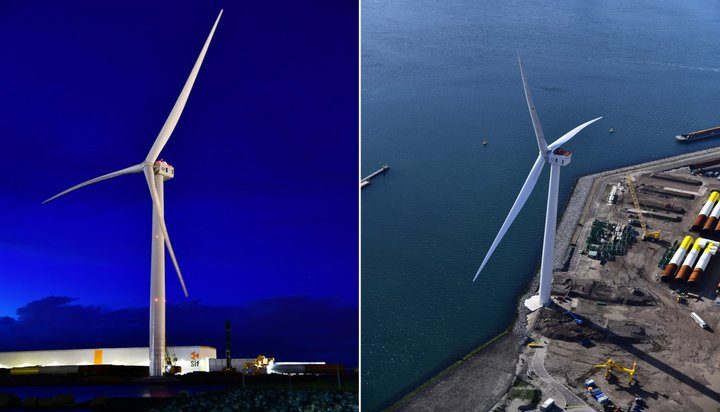 Dogger Bank project, which claims to be the ‘world’s largest offshore wind farm’ and is being developed by Equinor and SSE Renewables off the north-east coast of the UK will use 190 supersize turbines.

Partners say one spin of the Haliade-X 13MW turbine is enough to power a home for more than two days.

The installation of these turbines, each blade of which is 107 metres long, will also be the ‘first’ in the world.

The construction, which will start in 2023 at Dogger Bank A, is forecast to create 120 jobs at Port of Tyne.

Due to its size and scale, the whole project is being built in three consecutive phases – Dogger Bank A followed by B and C and each project is expected to generate around 6TWh of electricity annually.

Energy Minister Kwasi Kwarteng said: “Projects like Dogger Bank are absolutely crucial to building back greener from the coronavirus pandemic. Creating jobs, growing the economy and tackling climate change. I look forward to watching its progress in the months and years ahead.”

Steve Wilson, Dogger Bank wind farm’s Project Director at SSE Renewables, said: “Signing the contract with GE Renewable Energy is not just great news for Dogger Bank and GE, but for the wider offshore wind industry, marking the first time a 13MW turbine will be installed in the world.”