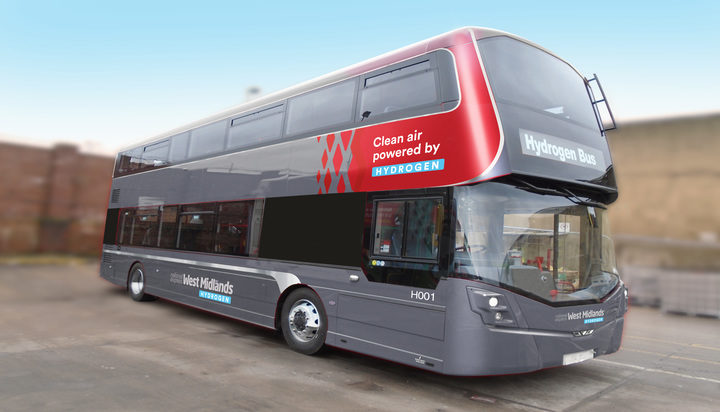 Hydrogen fuel cell double-decker buses, which are considered to be the ‘world’s first’, will soon hit Birmingham‘s streets as part of the city council’s commitment to tackle air pollution.

The buses will consume four times less fuel compared to standard diesel buses, covering 300 miles on a single tank and with the ability to refuel within seven to ten minutes.

Hailed as a key step towards achieving the council’s net zero carbon target, each bus is also forecast to save up to 79.3 tonnes of carbon dioxide emissions every year.

The new buses are part of a pilot programme to test the viability of hydrogen fuel cell technology within bus fleets.

“It has taken us two years to get to a point where we can ensure commercial viability for this type of fuel cell technology and is great news for our city and the rest of the region.”

Jo Bamford, Owner and Chairman of Wrightbus said: “We’re incredibly proud that these buses hold the title of being the world’s first zero-emission hydrogen fuel-cell double-deckers, and we’re delighted that Birmingham City Council has recognised the benefits that this technology can bring to the city.”