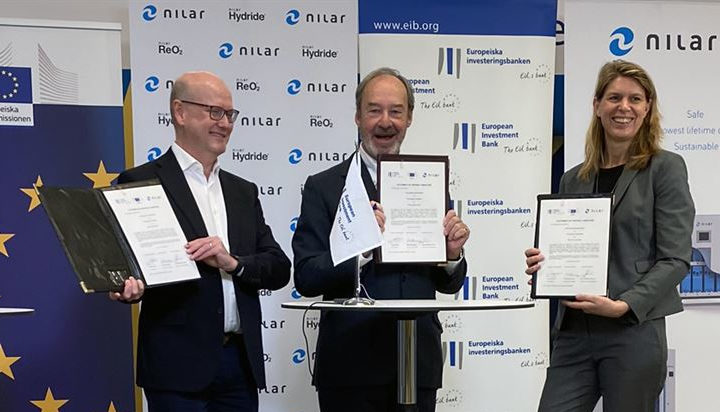 The European Investment Bank (EIB) is providing a €47 million (£43m) loan to Swedish company Nilar International for the research and development of its innovative battery technology.

The loan will support the expansion and upgrading of its manufacturing lines at its facility in Gävle over the coming years as well as boost its research and development to demonstrate the commercial viability of its technology.

Nilar produces batteries that can be used by homeowners and industrial customers to power their buildings or charge electric vehicles (EVs) with stored renewable energy, for example from rooftop solar panels.

The manufacturing process for the Hydride Battery Energy Storage systems is said to be much less energy-intensive than current lithium-ion technologies and can be easily and fully recycled.

Michael Obermayer, Chairman of the Board of Nilar said: “Nilar is fully integrated, from cell to system, including electronics and sophisticated control software and does not rely on the import of cells from Asia. Close co-operation with highly-skilled European academic researchers forms the basis for further rapid innovation.

“I would like to express my sincere thanks to the EIB and the European Commission for this unprecedented and critical support to Nilar as a high-growth European battery innovator start-up.”

The financing is supported by the European Commission’s InnovFin Energy Demonstration Projects – funded by the Horizon 2020 budget – and is expected to help the company to rapidly commercialise its battery production and achieve further cost reduction through scale.

“Technologies that were just theory a few years ago are becoming our daily routine. Homeowners will be able to store excess renewable energy and use it later, for example, to power their electric vehicles. Research and innovation pays off and is definitely a critical element of our decarbonisation strategy.”