Deployment time for a project is three to four months, with contract duration starting at five years 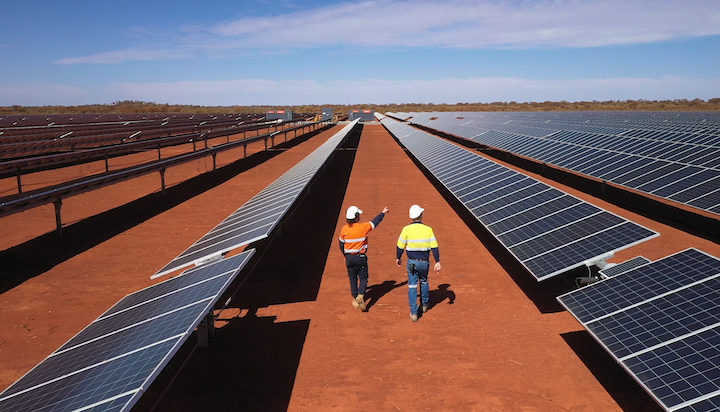 The system is said to have low operations and maintenance requirements and integrates with the company’s battery storage products and thermal generators, with all assets managed by intelligent software using one control system.

That results in a high-performance hybrid system that operates more efficiently, uses significantly less fuel in combination with backup generators and has a much lower carbon footprint.

Karim Wazni, Managing Director, Aggreko Microgrid and Storage Solutions said: “Aggreko Solar Power is designed for ease of deployment both in physical terms, thanks to relatively quick off-grid implementation, as well as financial, with no requirement of significant upfront costs.

“Our goal is to offer the widest and most flexible range of mobile and modular solutions, including off-grid renewable energy systems such as this one, as a plug-and-play service for short or long term needs.”

Aggreko Solar Power installed its hybrid system at the Granny Smith gold mine in Western Australia, powered by more than 23,000 solar panels and supported by a 2MW battery system and its existing 27MW gas-fired power station.

It claims the power solution will reduce the mine’s fuel consumption by around 10% to 13% – equivalent to removing 2,000 cars from the road.