The block, comprising of both Khazzan and Ghazeer, has the capacity to deliver around 35% of Oman’s total gas demand 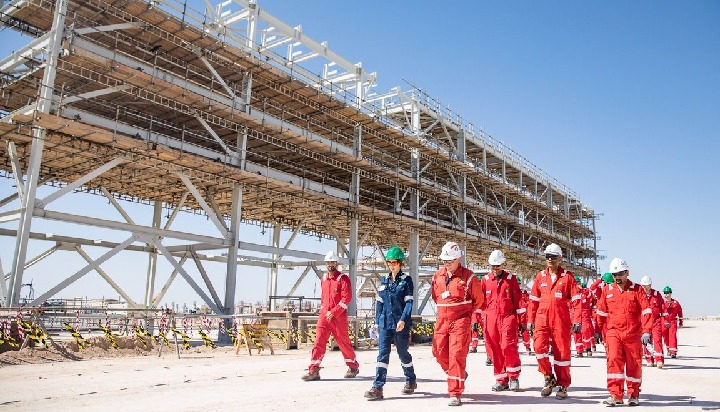 BP has announced the start of production at a giant new gas field in Oman, delivering it significantly ahead of schedule.

Production from Block 61 Phase 2 of the Ghazeer gas field, developed in partnership with OQ, PETRONAS and the Ministry of Energy & Minerals in Oman, was initially expected in 2021.

The companies have, however, started production 33 months after the development was approved.

The first phase of development of Block 61 – Khazzan – was brought online in September 2017.

Total production capacity from the block, comprising of both Khazzan and Ghazeer, is expected to increase to 1.5 billion cubic feet of gas a day and more than 65,000 barrels a day of associated condensate.

With an estimated 10.5 trillion cubic feet of recoverable gas resources, the block has the capacity to deliver around 35% of Oman’s total gas demand.

The Ghazeer wells were tested and completed using the “green completions” concept, where the hydrocarbons are routed to the production facility instead of being flared, helping reduce greenhouse gas emissions.

Since adopting this approach in 2019, BP says around 201,000 tonnes of carbon equivalent emissions were saved – equivalent to removing 44,000 cars from the road a year.

BP Chief Executive Bernard Looney adds: “The start-up of Ghazeer is an important milestone in our strategic partnership with Oman, delivering critical national infrastructure for the Sultanate.

“We appreciate the collaborative support we have received from the Government of Oman and our partners in delivering this significant start-up safely and ahead of schedule, particularly as Oman prepares to celebrate its 50th national day.”