Extinction Rebellion activists lock themselves at the gates of INEOS refinery 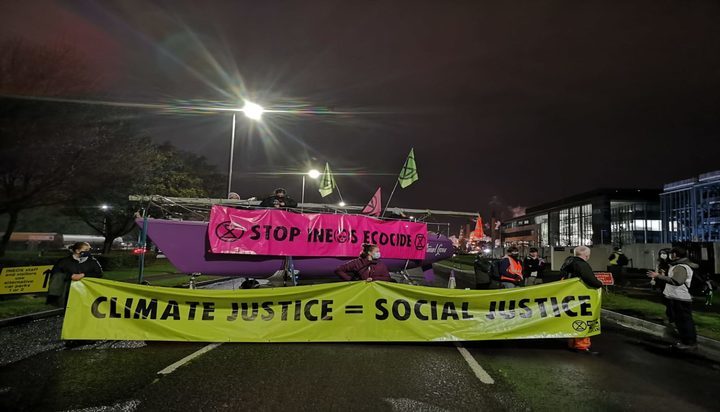 The group of protesters accused the producer of petrochemicals of being ‘Scotland’s biggest climate change polluter’.

The climate activist group says small groups of no more than six persons locked themselves together at the gates at Grangemouth and aim to remain there all day.

The company said: “We note that early in the morning, around 7.30 am, Extinction Rebellion blocked the entrances to INEOS office on Inchyra Road in Grangemouth.

“The group demands a transition away from fossil fuels. INEOS respects the right to peacefully protest in a responsible and safe manner, but notes over the 10 years between 2009 and 2019, carbon dioxide emissions from the INEOS Grangemouth site have reduced by 37% and from the chemical business by 43%.”