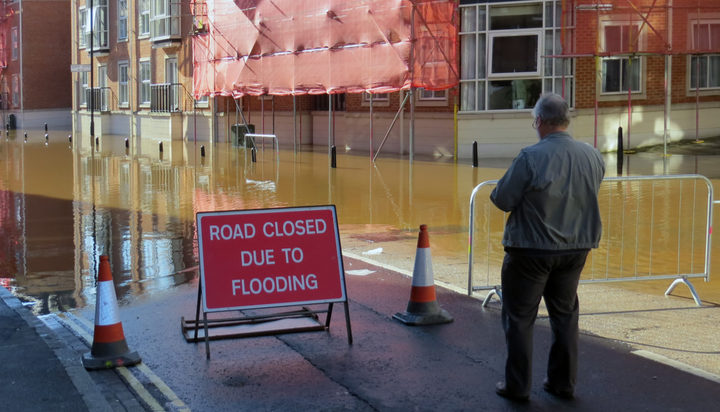 Climate change means an additional 1.2 million residential and commercial properties across Great Britain will be at risk of flooding by 2050, warns Gamma Location Intelligence.

It notes 1,799,271 residential and commercial addresses are currently at risk and suggests a ‘high emissions’ scenario and a 2˚C global temperature rise could see this ride to 3,066,318 properties by mid-century.

It predicts the south coast from Portsmouth to Worthing will be significantly affected, as well as the east coast and parts of London not protected by the Thames Tidal Barrier.

Senior Spatial Data Scientist Richard Cantwell said: “Global warming is already having an impact on our daily lives, but the effects of it will become far more tangible and extreme in the years to come. And Great Britain could be particularly affected.

“Data indicates that summers in the UK have gotten wetter and storms are becoming more common – February just past was the wettest February in Britain since records began due to the arrival of three named storms during the month – Ciara, Dennis and Jorge.

“The reality is that global temperatures are continuing to rise, and flooding is becoming more commonplace. If expected trends continue, a large number of properties will be newly impacted.”