The £200m project is expected to provide at least 320MW of capacity, with the potential to expand to 1.3GWh 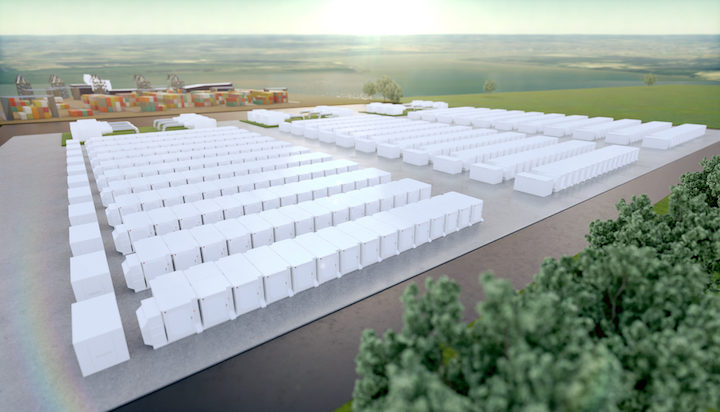 The government has granted planning permission for InterGen to develop what is claimed will be the UK’s largest battery storage project in Essex.

The Edinburgh-headquartered company says the £200 million project, at DP World London Gateway on the Thames Estuary, is expected to provide at least 320MW of capacity, with the potential to expand to 1.3GWh – more than 10 times the size of the largest battery currently in operation in the UK.

When fully charged, it is estimated to power up to 300,000 homes for two hours, however, the battery will mostly be used to support and stabilise existing electricity supplies.

It will provide fast-reacting power and system balancing, with an initial two-hour duration and is a significant piece of infrastructure that supports the UK’s journey to net zero.

Construction is scheduled to start in 2022, with the project becoming operational in 2024.

InterGen CEO Jim Lightfoot said: “We are delighted to have been granted consent by BEIS for the Gateway project.

“Our mission is to deliver the flexible electricity solutions that everyone relies on in a low carbon world and this project is a major statement of intent. We are excited to be entering a new phase in our growth as an organisation and will continue to explore opportunities to develop projects which can support the energy transition.”

The company is also developing a large battery project at its site in Spalding, Lincolnshire, which would have a capacity of 175MW.