Four people die after explosion at sewage plant near Bristol 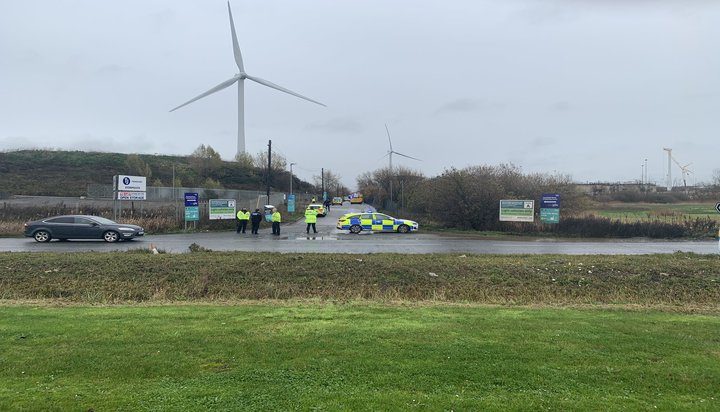 Four people lost their lives after an explosion at a sewage plant near Bristol, Avon and Somerset Police have confirmed.

The fatalities included three employees of Wessex Water and one contractor.

A fifth person was also injured but their injuries are not believed to be life-threatening, according to the police.

The explosion happened in a silo at the site in Avonmouth that holds treated biosolids before being recycled as an organic soil conditioner.

Chief Inspector Mark Runacres said: “This is a tragic incident and our thoughts and sympathies go out to them. Those officers will continue to provide them with all the support they need at this difficult time.”

Avon and Somerset Police said a ‘thorough investigation’ will be carried out and although can not speculate on the cause of the explosion, they say it is not terror-related.

Wessex Water Chief Executive Colin Skellett said: “We are absolutely devastated that the tragic incident at our site earlier has resulted in four fatalities.

“Our thoughts are with the families, friends and colleagues of those involved. We are working with the Health and Safety Executive to understand what happened and why.”

Bristol City Mayor Marvin Rees, added: “Tragically, four people who were working at the site have lost their lives, and the thoughts of our city is with their families at this heart-breaking time.

“Local residents may be concerned about safety in the area. Wessex Water, police and fire have assured us the incident is contained, and there is no risk to your safety.”

The Prime Minister wrote on Twitter about the incident: “Deeply saddened to learn that four people have lost their lives in the water works explosion in Avonmouth. Our hearts go out to the victims and their families.”

Deeply saddened to learn that four people have lost their lives in the water works explosion in Avonmouth. Our hearts go out to the victims and their families.

Thank you to the emergency services who attended the scene.