Four wind farms are forecast to generate enough energy to power the equivalent of 590,000 homes 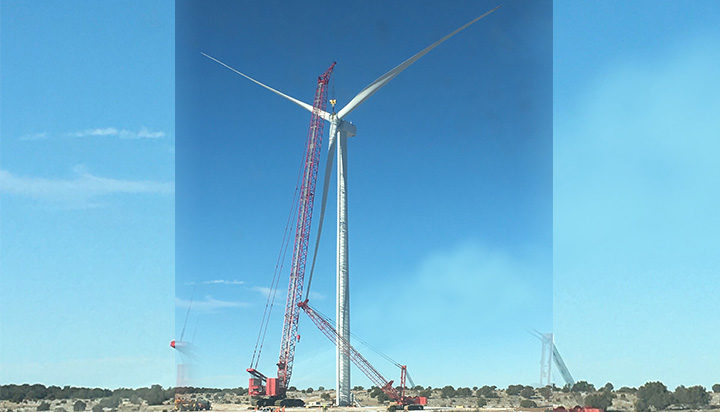 GE Renewable Energy has announced it secured a 1GW-plus turbine deal for an onshore wind farm complex in New Mexico.

The Western Spirit Wind project, which comprises of four onshore wind farms, is claimed to be the largest wind farm complex ever constructed in New Mexico.

The 377-turbine order is predicted to power the equivalent of more than 590,000 homes.

Tim White, Chief Executive Officer of GE Renewable Energy for Onshore Americas, said: “We are proud to be a part of helping New Mexico work toward its renewable energy goals.”

Mike Garland, Chief Executive Officer of Pattern Energy, said: “Our turbine order with GE Renewable Energy is the next step in building one of the largest wind power facilities in New Mexico, helping the state to become a major renewable energy producer.

“Western Spirit Wind and the Western Spirit Transmission Line will bring more than a thousand construction jobs to New Mexico and billions of dollars in economic benefit while creating a significant new source of clean power.”