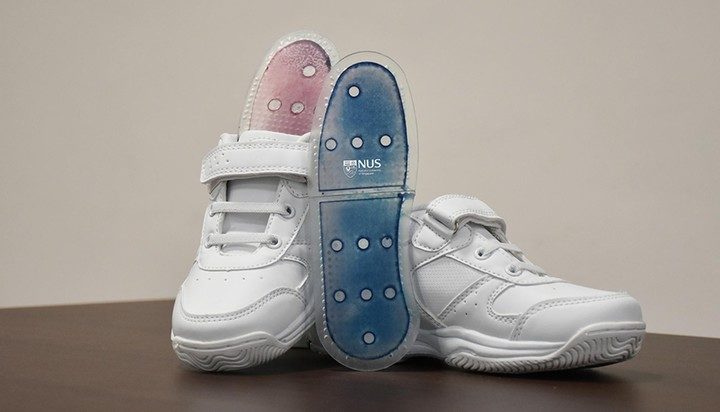 Researchers from the National University of Singapore (NUS) has developed a thin film which harvests human sweat to power wearable electronic devices, including watches and fitness trackers.

The novel thin film, which could be used in fabrics or shoes, is claimed to evaporate human sweat six times faster than conventional materials – it also holds 15 times more moisture.

The main components of the film are two hygroscopic chemicals, cobalt chloride and ethanolamine. Hygroscopy is the phenomenon of holding water molecules through absorption.

The film, which can release water when exposed to sunlight and can be reused more than 100 times, changes colour during the process of absorption of moisture – it goes from blue to purple and finally pink to indicate the degree of moisture absorption.

The scientific team has also designed a wearable energy harvesting device comprising of eight electrochemical cells, using the novel film as the electrolyte. During the trials each cell proved it can generate around 0.57 Volts of electricity upon absorbing moisture.

The NUS team demonstrated the application of the moisture-absorption film for underarm pads, shoe linings and shoe insoles.

Research Team Leader Assistant Professor Tan Swee Ching said: “Sweat is mostly composed of water. When water is evaporated from the skin surface, it lowers the skin temperature and we feel cooler.