John Bruce, aged 48 from Pershore, has been given three months to pay the fine or face seven years in jail 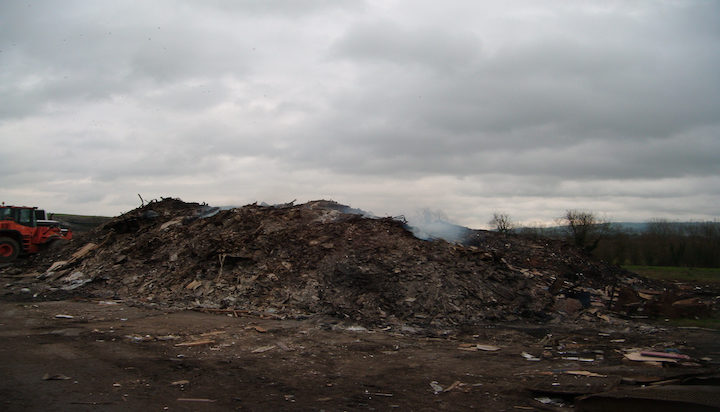 A convicted waste crime offender has been ordered to pay more than £2.1 million for operating an illegal waste site at Ridgeway Park Farm in Worcestershire.

It follows a confiscation case brought by the Environment Agency at Worcester Crown Court, where Judge Nicholas Cole ordered John Bruce, aged 48 from Pershore, to pay the fine.

Mr Bruce had received a 26-month custodial sentence in May for operating the illegal waste site between 2011 and 2014 and has been given three months to pay the fine or face seven years in jail.

He was initially prosecuted for six offences where waste totalling around 25,000 cubic metres was either dumped, buried or burned at the farm.

The court heard the defendant had grown his business and invested in various properties, land and cars and also owned a large selection of expensive items of heavy plant hire which he hired, bought and resold.

Judge Cole ruled a trust set up by the defendant was a sham and that money held in a bank account operated by the trust, along with a property, formed part of his criminal benefit.

He also determined Bruce had used a bank account operated by a proxy company to hide his ongoing unlawful activity and used it as he would his own business accounts.

“The case shows that we’re not just content to prosecute those who run illegal waste sites, we’ll also come after them to get back the profits they made from their illegal activities and to recoup taxpayers’ money spent on pursuing them.

“Waste crime can have a serious environmental impact which puts communities at risk and undermines legitimate business and the investment and economic growth that go with it. We support legitimate businesses and we are proactively supporting them by disrupting and stopping the criminal element backed up by the threat of tough enforcement as in this case.”