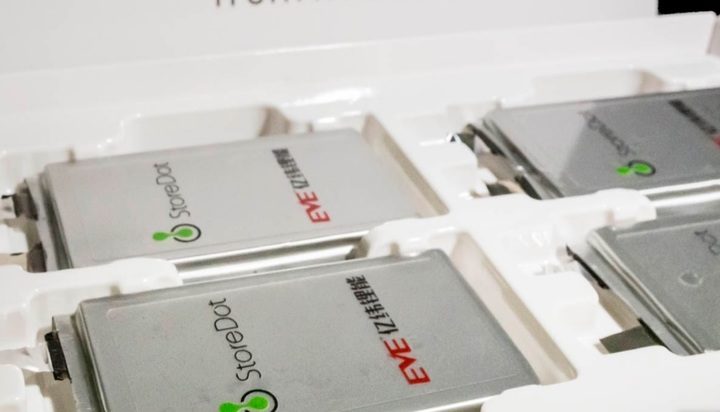 Israeli firm StoreDot has unveiled a lithium-ion battery that could offer a full charge to an electric vehicle (EV) in just five minutes.

The company has prepared the first production of sample cells showcasing the technology to potential EV and industry partners.

This first-generation battery will be used to demonstrate the full charge of a two-wheeled EV in five minutes, for a driving range of 300 kilometres. And its ultra-charging (fast charging) potential for a number of applications, including commercial drones and consumer electronics.

StoreDot has developed a battery technology that uses semiconductor nanoparticles in the cell’s anode instead of graphite which is used in conventional lithium-ion batteries.

Metalloid nanoparticles are thought to enable ions to pass much more easily. The technology was initially trialled on electric scooters and commercial drones.

bp, Daimler, Samsung Ventures and TDK are among the investors who have backed StoreDot’s technology.

Dr. Doron Myersdorf, Chief Executive Officer of StoreDot, commented: “Today’s announcement marks an important milestone, moving extreme fast-charging battery technology for the first time beyond innovation in the lab to a commercially-viable product that is scalable for mass production.

“This paves the way for the launch of our second-generation, silicon-dominant anode prototype battery for electric vehicles later this year.”