Can you dig it? Environmental activists tunnel 100ft under London park to protest HS2 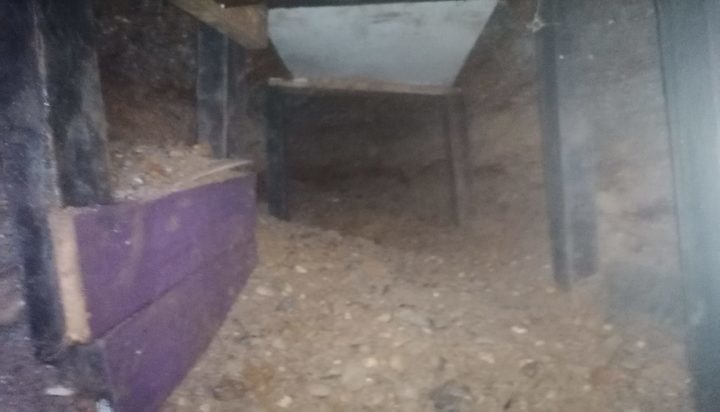 A group of climate activists have dug a 100-foot tunnel underneath Euston Square Gardens in Central London in a bid to protest against the construction of HS2, which will involve the destruction of the green space.

The park is outside Euston station, the planned London terminus for the HS2 trains – the razed area will initially be used to build a temporary taxi rank.

According to HS2 Rebellion, an alliance of groups and individuals campaigning against the high-speed railway, the tunnel network has been dug secretly over the last few months

The protesters have worked around the clock, using pickaxes, shovels and buckets, in shifts of up to 12 people at a time. The tunnels have been shored up with wooden joists and boards to prevent collapse.

They have also created a specific space for activists to sleep and left food and water supplies along the tunnels’ length.

The group’s plan is to stay underground for as long as it takes to stop HS2 – however, at least some of the protestors have already been evicted from the park.

An HS2 Ltd spokesperson said: “To ensure HS2 is able to deliver its major benefits to the UK on time, certain works must take place at designated times. HS2 has taken legal temporary possession of Euston Square Gardens East in order to progress with works necessary for the construction of the new Euston station.

“These protests are a danger to the safety of the protestors, our staff and the general public, and put unnecessary strain on the emergency services during a pandemic. The protestors are currently trespassing on land that is legally possessed by HS2.”