The first ‘Air Port’ in Coventry will be used for electric vertical take-off and landing aircraft, including cargo drones and air taxis 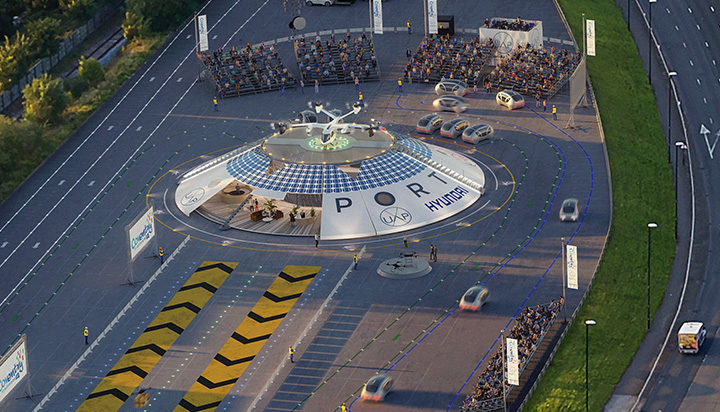 Urban hubs for flying vehicles will soon cease to be reserved solely for the plots of science fiction novels, as they become a real and functioning part of the UK’s travel networks.

Through its ‘Future Flight Challenge’ programme, the government has backed the ‘Urban Air Port Air One’ project, a facility for future electric vertical take-off and landing (eVTOL) aircraft, such as cargo drones and air taxis.

The site, which will be built in Coventry later this year, comes as a result of a partnership between the Hyundai Motor Group, Coventry City Council and the government.

The hub design is said to be easy-to-replicate at other sites in the future and will initially be used to deploy drones and other eVTOL to collect and transport emergency supplies, equipment and people during disasters and emergencies.

Several cities across the UK have already expressed an interest in installing an ‘Urban Air Port’.

NASA predicts the urban-air mobility sector in the US alone could be worth up to $500 billion (£375bn) in the near-term and suggests that a significant barrier to market growth is the lack of relevant infrastructure.

“Urban Air Port will improve connectivity across our cities, boost productivity and help the UK to take the lead in a whole new clean global economy.

“Flying cars used to be a futuristic flight of fancy. Air-One will bring clean urban air transport to the masses and unleash a new airborne world of zero-emission mobility.”