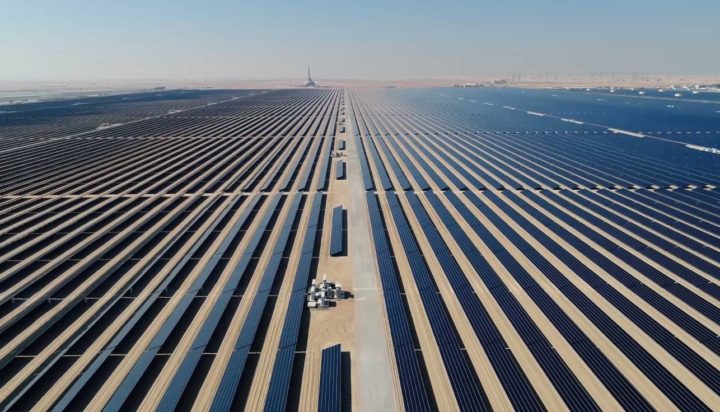 The car manufacturer has partnered with the Middle East producer Emirates Global Aluminium (EGA), which claims to have become the world’s first company to use solar electricity for the commercial production of aluminium.

EGA sources the electricity from what is considered to be the world’s largest solar park, the ‘Mohammed Bin Rashid Al Maktoum Solar Park‘ in the desert outside of Dubai.

The park developed by the Dubai Electricity and Water Authority, covers a total area of 77 square kilometres.

Abdulnasser Bin Kalban, Chief Executive Officer of EGA, said: “We are delighted to have the BMW Group as our first customer for low carbon ‘CelestiAL’ aluminium from EGA. Aluminium is light, strong and infinitely recyclable.

“How sustainably the aluminium is produced is also important. Solar aluminium is a step in the right direction, it uses a natural and abundant source of energy in our desert environment to produce a metal that is vital to the future of our planet.”

Dr Andreas Wendt, Member of the Board of Management of BMW AG responsible for Purchasing and Supplier Network, said: “We will be able to meet over 50% of our carbon targets for the supplier network, just by using green power. The use of solar electricity for producing aluminium is a major step in this direction.”

BMW has set a target of lowering carbon dioxide emissions in its supplier network by 20% by 2030.