Around 8,768 tonnes of stone, previously used for an onshore substation, will be moved to National Grid’s Viking Link interconnector project 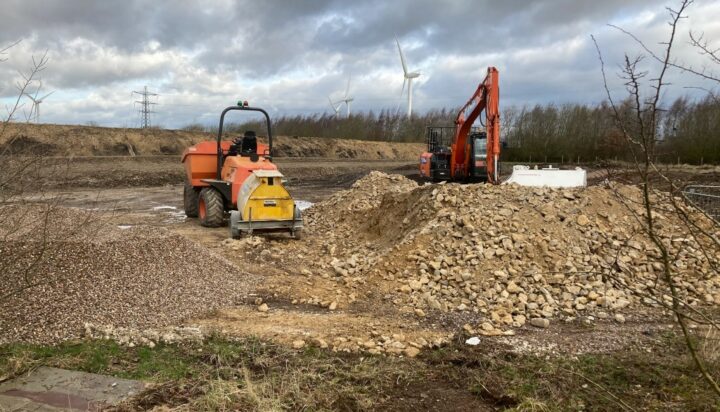 Siemens Energy has launched a stone reuse project in a bid to reduce construction traffic and emissions in Lincolnshire.

The recycling initiative will move around 8,768 tonnes of stone, formerly used to build a temporary access road and site accommodation for the Triton Knoll onshore substation works, to the neighbouring National Grid Viking Link interconnector project.

The number of stones is enough to fill almost three Olympic-sized swimming pools and will be used to build an access road on Viking Link for the high voltage cabling works.

The project is forecast to avoid more than 670 lorry trips and save 58 tonnes of carbon dioxide.

Mark Pilling, Head of Large Transmission Solutions, Siemens Energy, said: “Not only will reusing this material save carbon dioxide from the quarrying process by reducing the amount of new aggregate we would need to source but through reducing the impact of construction traffic by more than 14,000 miles and around 675 lorry trips, air quality in the area will also be improved.”

Mike Elmer, Project Director of Viking Link, said: “It not only reduces our carbon output but also minimises disruption for local residents.”