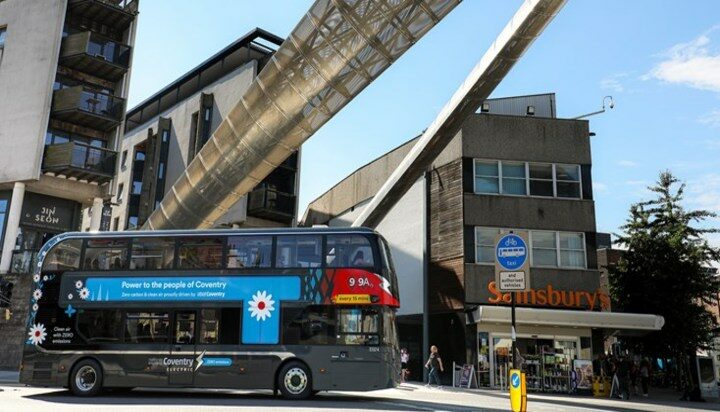 Coventry is set to become the UK’s first city all-electric bus city with a new raft of funding aimed at replacing its entire bus fleet with electric vehicles (EVs).

The development follows £50 million of new funding from the Department for Transport that will see Transport for West Midlands work with bus operators to replace buses and install charging infrastructure on the streets of Coventry.

Mayor of the West Midlands Andy Street said: “Not only will the clean bus fleet improve the public transport offering in Coventry, but it is also another step towards tackling the climate emergency and helping to attract people to leave their cars at home in favour of taking the bus.”

Transport Minister, Baroness Vere, commented: “This will have a profoundly positive effect on air quality and emissions in the area and reduce noise pollution.”