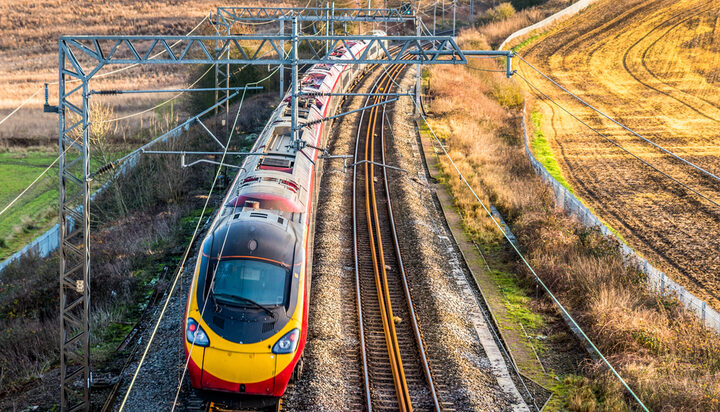 The UK needs to set out a 30-year rolling programme of rail electrification if it is to reach net zero.

That’s according to a new Transport Select Committee report, which calls on the government to take action as soon as possible and accelerate the use of battery technology and hydrogen technology to cut emissions of trains.

MPs suggest electrification is the only ‘immediate decarbonisation option’ for most of the rail network.

According to official figures, transport accounts for the largest source of carbon dioxide emissions of any sector in the UK, at 27%.

Transport Committee Chair Huw Merriman MP said: “Decarbonising rail, and making our trains cleaner and greener, will be a considerable challenge for us all.

“Trains in Great Britain still rely mainly on diesel traction, an estimated 62% of the rail network is diesel-powered compared with 38% electrification. It will be sometime before battery and hydrogen-powered trains are ready to depart the station, leaving electrification as the main option.

“It’s time to invest in a rolling programme which will speed up delivery, drive down costs and hold to account those who do not deliver to time or budget.”

A Department for Transport spokesperson said: “Deploying new hydrogen and battery technology trains and electrification, building on the near 700 single track miles delivered in the last three years, will help us deliver cleaner, greener rail journeys as we strive towards net zero by 2050.

“We are fully committed to decarbonising the whole transport network and our upcoming Transport Decarbonisation Plan will set out how we will achieve this.”