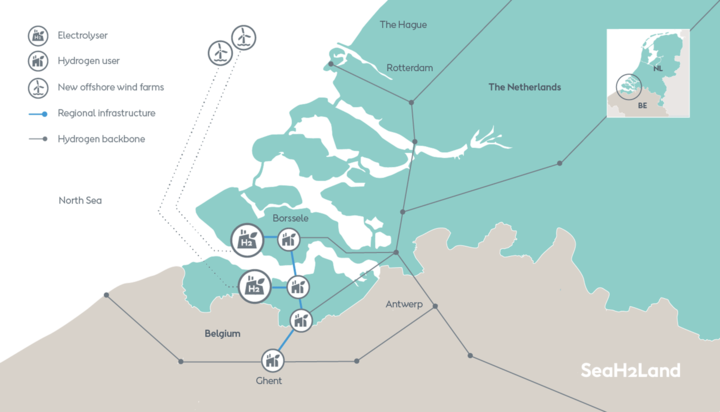 Denmark’s wind giant Ørsted has unveiled plans to build one of the world’s largest renewable hydrogen plants at a North Sea Port.

The 1GW renewable hydrogen production facility will be fully powered by a new offshore wind farm with a total capacity of 2GW that will be located in the Dutch North Sea.

The production from the new electrolyser is predicted to cover around 20% of the current hydrogen consumption in the region to renewable hydrogen.

The North Sea Port industrial cluster is considered one of the largest production and demand centres of fossil hydrogen in Europe.

“With the right framework in place, the Netherlands and Belgium can leverage the nearly unlimited power of offshore wind to significantly advance renewable hydrogen as a true European industrial success story.”