UKAEA and University of Manchester team up for fusion energy research

They have signed a memorandum of understanding for the partnership, which will see new research groups established by the university in the key areas of tritium and digital engineering 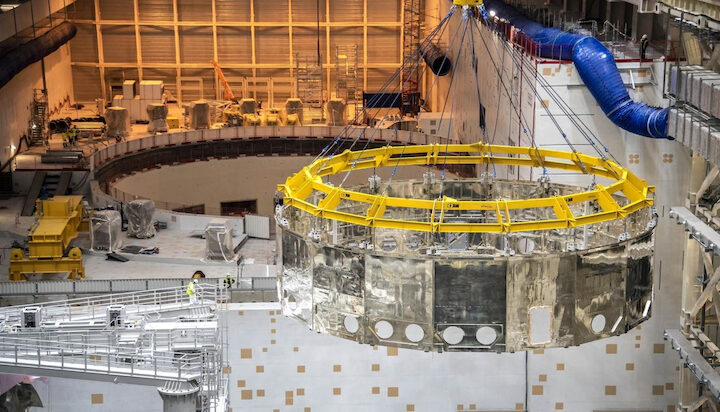 The UK Atomic Energy Authority (UKAEA) is partnering with the University of Manchester to advance research on fusion energy.

They have signed a memorandum of understanding for the partnership, which will see new research groups established by Manchester University in the key areas of tritium and digital engineering.

Tritium – one of the two fuels commercial fusion devices will use – is a growing area of study, boosted by the UKAEA’s new H3AT tritium research facility in Culham.

According to the UKAEA, digital engineering is a “highly promising” computer-based approach that allows engineers to arrive at final versions of systems quicker and cheaper than traditional methods.

Fusion is a form of low carbon energy whereby the power of the sun is replicated on Earth, promising minimal impact to the environment and long-term reliability.

Manchester has a long history of excellence in nuclear research and its Dalton Nuclear Institute is one of the largest and most advanced of its kind in the UK.

Professor Francis Livens, Director of the Dalton Nuclear Institute at the University of Manchester said: “This agreement in fusion complements and builds on our long term strength in nuclear research.

“It will allow us to undertake important new research and training activities in Tritium Science & Technology and Digitalisation and extend our exciting collaboration with UKAEA.”

The UKAEA works with more than 25 universities around the country on physics, materials science and engineering areas, with research generated by these collaborations playing an important role in accelerating progress towards commercial fusion.

Martin O’Brien, Head of University Liaison at UKAEA added: “Many universities already work with us on a wide range of research topics. We are excited that The University of Manchester will now expand greatly its work with us in two key areas where progress is needed to deliver a fusion power station.”