The 60MW project is predicted to save around 700,000 tonnes of carbon dioxide during its lifetime 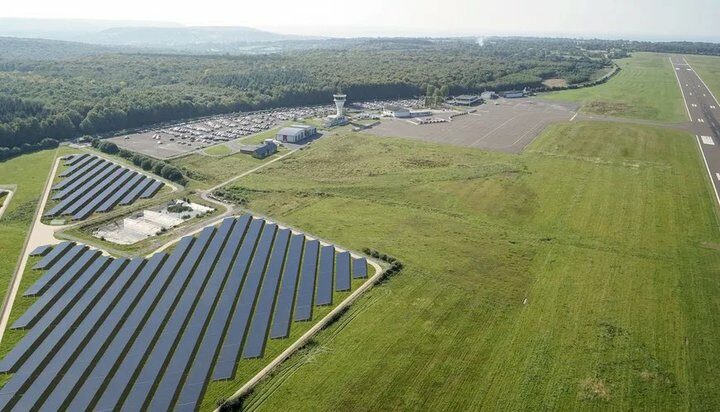 EDF Renewables, the green energy arm of the French utility EDF has unveiled plans for the launch of a 60MW solar photovoltaic plant at Deauville-Normandie airport in France.

Covering an area of 60 hectares, the solar project is also forecast to produce energy equivalent to the annual consumption of 21,000 people.

The solar plant, which is scheduled to go live in the first half of 2024, is predicted to offset around 700,000 tonnes of carbon dioxide during its 30-year lifespan.

That carbon offset will allow the airport’s terminal to have a negative carbon footprint, EDF said.

Bruno Bensasson, Executive Director of the EDF Group in charge of the Renewable Energies division, commented: “We are very proud to be the winner of this solar power plant at Deauville-Normandie airport and to support the Normandy Region in its local deployment policy of renewable energies in its territory.”