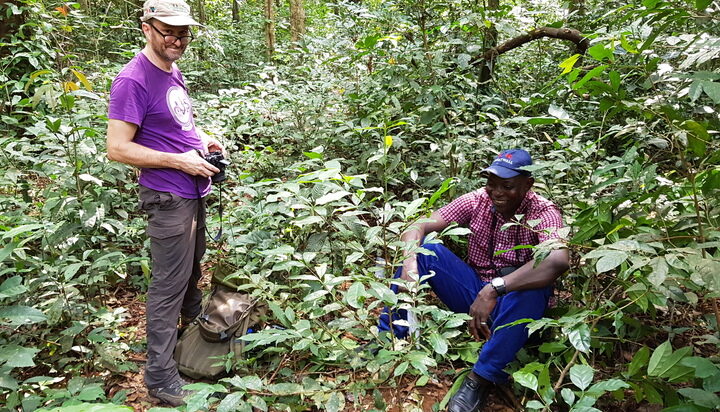 A rare, almost forgotten, wild coffee species from Upper West Africa could hold the key to boosting the coffee industry against the impact of climate change.

In a new paper published today, scientists from the Royal Botanic Gardens (RBG) Kew, the University of Greenwich, the French Agricultural Research Centre for International Development CIRAD and Sierra Leone, have found that the ‘stenophylla’ coffee species can tolerate much warmer temperatures than Arabica coffee.

The breakthrough research shows ‘stenophylla’ could soon be grown commercially in much warmer places than Arabica.

It has also the potential to be used as the basis for new climate-resilient coffee crops for global consumption, scientists suggest.

The paper notes the species, hailed as a ‘once in a lifetime’ scientific discovery, can not only flourish at higher temperatures but has also an excellent flavour.

The scientific team believes the findings come in perfect timing as coffee farming has not yet found means to protect itself from the climate crisis.

Dr Justin Moat, a scientist at RBG Kew, who led on the climate analysis in the paper, said: “It is widely known that our beloved Arabica coffee is being impacted by climate change and so the results of the study are extremely exciting.

“Our analysis shows that stenophylla coffee grows at substantially higher temperatures than Arabica, providing the sort of robust differences we need if we are to have any chance of a sustainable coffee sector under climate change.”