COP26 President spoke at the 2021 Leaders Summit on Climate, hosted by the US President Joe Biden 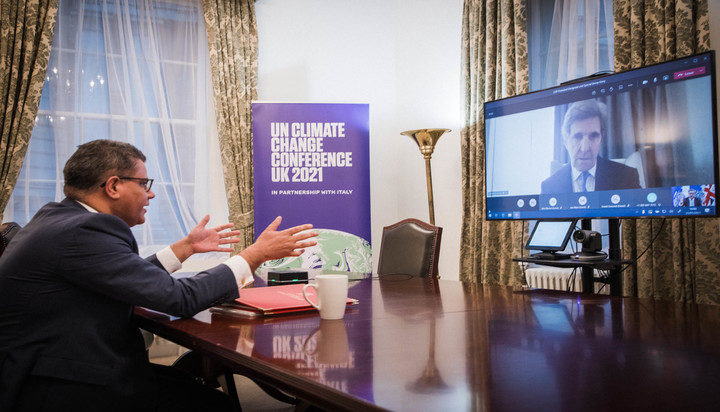 COP26 President Alok Sharma has highlighted the urgency for a globally coordinated climate action speaking at the US-hosted Leaders Summit on Climate.

He said: “We all know that the next decade will be make, or break, for planet earth. And the warning lights are flashing bright red.

“Net zero commitments now cover 70% of the global economy. And this is real progress. But we have much further to go. Between now and COP26 there will be more opportunities for countries to raise their ambition. And so we must.”

Just a few hours before the start of the climate summit, Joe Biden announced tougher carbon targets for the US, raising the climate bar to 50-52% emissions cut by 2030.

During the first day of the virtual conference, China’s President Xi Jinping also unveiled the country’s commitment to phase down coal use from 2026 to support its emissions targets: “China will strictly control coal projects, strictly control the growth of coal consumption during the five-year plan period and gradually reduce it during this period.”

He added China will strive to achieve carbon peaks by 2030 and carbon-neutrality by 2060.