Equinor and Polenergia secure CfD for 1.4GW of offshore wind in Poland 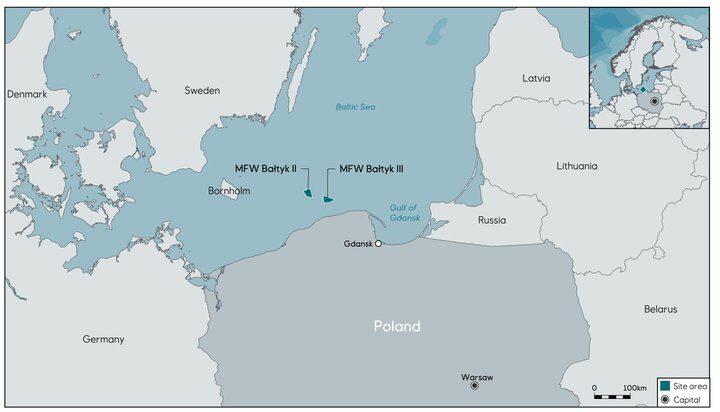 Norwegian energy company Equinor and the Polish group Polenergia have been awarded contracts for difference (CfD) for 1.4GW of offshore wind in Poland.

Equinor will operate the projects during their development, construction and operations.

Pål Eitrheim, Equinor’s Executive Vice President for New Energy Solutions, said: “The CfD awards to the Bałtyk II and Bałtyk III projects represent a breakthrough for Equinor in Poland and support the country’s ambitions to transform its energy mix.

“Full-scale development of the two projects will constitute an offshore wind hub in the Baltic Sea. It will create industrial activity and jobs to support the Polish economy and supply low-cost renewable electricity to Polish homes and businesses.”