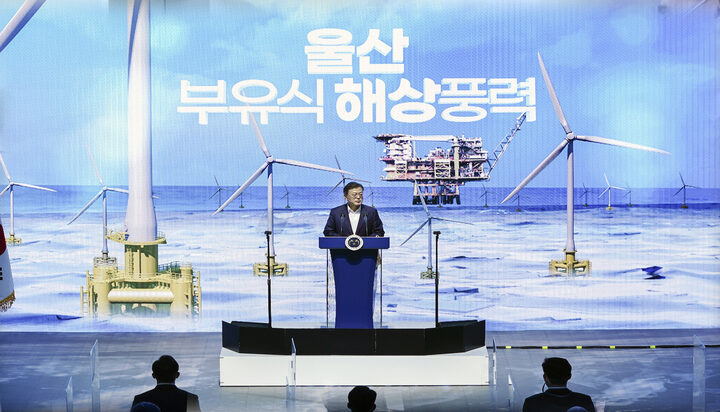 South Korea‘s President Moon Jae-in has today unveiled plans for a giant 3GW floating offshore wind farm, what he said will become the world’s largest by 2030, when it is expected to be built.

Mr Jae-in said the wind farm will be built on the spot ‘where the flames of the East Sea gas field fade’.

A total of 36 trillion won (£23bn) will be invested in the so-called ‘Ulsan’ floating offshore wind farm, which will be designed to generate 6GW of electricity by 2030, enough power for around 5.7 million homes.

The project is predicted to create 210,000 jobs during its construction and operation phase.

Once the plant is switched on, it is forecast to reduce 9.3 million tonnes of carbon dioxide every year.

President Moon Jae-in added: “The sea breeze is like a carbon-free 21st-century petroleum resource. The large-scale offshore wind farm will not only become a shortcut to energy conversion and carbon-neutrality, but also a future growth engine that saves the local economy.”