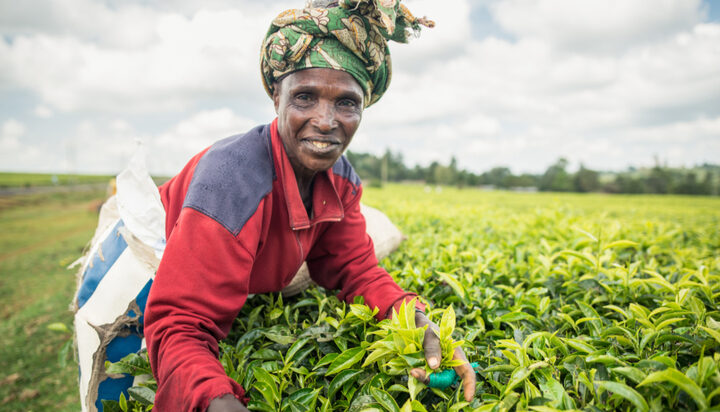 Climate change is set to destroy 26.2% of Kenya’s optimal tea-growing areas by 2050, where half of UK tea imports come from.

That is according to a new report from the charity Christian Aid, which states that rising temperatures, erratic rainfall, droughts and insect infestations are to blame.

Christian Aid has stated that in 2017 the UK imported 125,810 tonnes of tea, with 62,222 tonnes coming from Kenya; making it the world’s largest exporter of black tea.

Representatives of PG Tips, Tetley Tea and Twinings have all stressed concerns on how climate change is affecting their growers.

“We are aware that climate change is accelerating fast and poses a risk to smallholder tea farmers.

“As extreme weather and natural disasters continue to affect the sowing and growing of healthy crops, the people who supply the ingredients for our products will become ever more vulnerable,” said a Twinings spokesperson.

Richard Koskei, a tea farmer from Kericho in Kenya, commented: “For generations we have carefully cultivated our tea farms and we are proud that the tea that we grow here is the best in the world. But climate change poses a real threat to us. We cannot predict seasons anymore, temperatures are rising, rainfall is more erratic, more often accompanied by unusual hailstones and longer droughts which was not the case in the past.”

“Tea is an example of how we are all connected.  We grow it here in Kenya and it is enjoyed by people around the world. But if we are to carry on growing it, we need those other, richer countries, to cut their emissions and to think about how we are affected as tea farmers.”