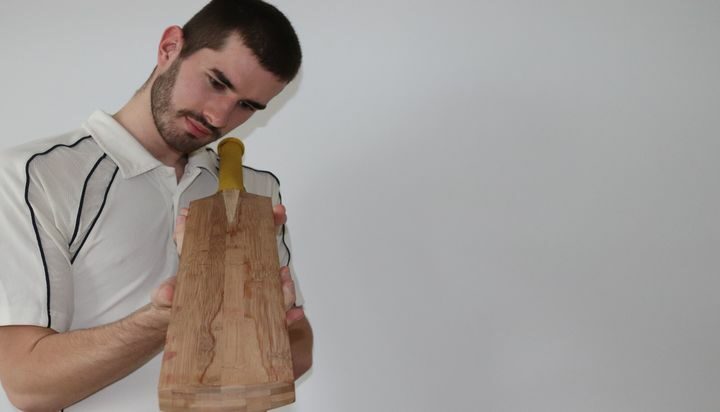 If you are used to hearing the ‘sound of leather on willow’ while watching your favourite cricket match, you might need to rethink what your experience would be like if the sound came from a bamboo bat?

Researchers from the University of Cambridge have found cricket bats made from bamboo are more sustainable, stronger and could offer a better ‘sweet spot’ compared to the traditional willow ones.

Dr Darshil Shah and Ben Tinkler-Davies from Cambridge’s Centre for Natural Material Innovation made prototype laminated bamboo cricket bats and found bamboo is 22% stiffer than willow which increases the speed at which the ball leaves the bat.

In addition, the researchers found that the ‘sweet spot’ on their prototype bamboo blade performed 19% better than that on a traditional willow bat.

Cricket bats made from bamboo also proved to deliver more energy to the ball than the conventional one.

The study published in the Journal of Sports Engineering and Technology suggests bamboo could help the sport become more environmentally friendly and expand faster in poorer parts of the world.

The study stresses there is currently a shortage of good quality willow, which takes up to 15 years to mature, mostly in England, to the point where the wood can be utilised in the production of cricket bats.

According to the report, bat makers have to bin up to 30% of the wood they source, during the manufacturing process.

In contrast, the researchers suggest bamboo types such as Moso and Guadua grow abundantly in China, across Southeast Asia and South America and mature twice as fast as willow.

They also predict bamboo generates less raw material that can be wasted during manufacture.

Ben Tinkler-Davies, Co-Author of the study, said: “Cricket brings you really close to nature, you spend hours out in the field, but I think the sport can do a lot more for the environment by promoting sustainability.

“We’ve identified a golden opportunity to achieve that while also helping lower-income countries to produce bats at lower cost.”

Dr Darshil Shah, Co-Author, said: “This is a batsman’s dream. The sweet spot on a bamboo bat makes it much easier to hit a four off a Yorker for starters, but it’s exciting for all kinds of strokes.

“We’d just need to adjust our technique to make the most of it, and the bat’s design requires a little optimisation too.”