The expanded ULEZ will cover an area 18 times larger than the central London ULEZ and will affect older, more polluting vehicles that don’t comply with strict emission standards 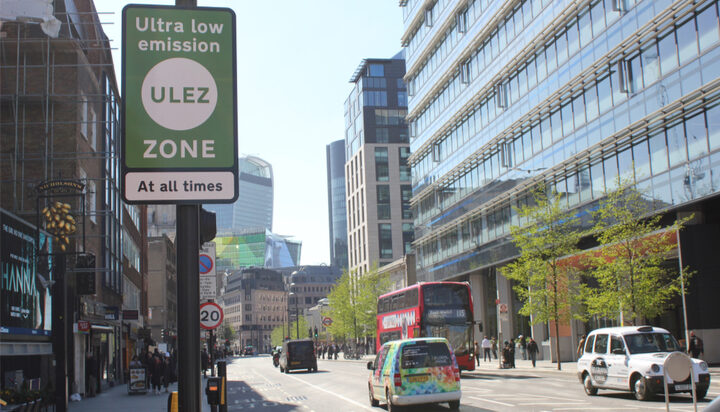 Re-elected London Mayor Sadiq Khan has recommitted to expanding the Ultra Low Emission Zone (ULEZ) in October this year and pledged to ensure he puts environment and climate policies at the heart of his second term.

The expanded ULEZ will cover an area 18 times larger than the central London ULEZ and will affect older, more polluting vehicles that don’t comply with strict emission standards.

Although around 80% of cars are already thought to be compliant, it is estimated 100,000 cars, 35,000 vans and 3,000 lorries could be affected by the expanded zone and tighter standards every day.

The central London ULEZ has helped reduce roadside concentrations of nitrogen dioxide in the central zone by nearly half since its introduction in April 2019.

Measures, including ULEZ, introduced by the mayor in the first term has helped the number of state schools with illegal levels of pollution by 97% – from 455 schools in 2016 to 14 in 2019, prior to the COVID-19 pandemic.

Cleaner air—for everyone. That was my promise to Londoners, and I meant it. With a mandate from you to put environment and climate policies at the heart of my second term in office, there’s no time to waste. #LetLondonBreathe

The ULEZ expansion is expected to help deliver the most benefits in the areas that currently have the worst pollution.

Mr Khan said: “I pledge to be the greenest mayor London’s ever had with a mandate from Londoners to put the environment and climate policies at the heart of my second term in office. Today I am reaffirming my commitment to speed up the cleaning of London’s toxic air.

“In central London, the Ultra Low Emission Zone has already helped cut toxic roadside nitrogen dioxide pollution by nearly half and led to reductions that are five times greater than the national average. But pollution isn’t just a central London problem, which is why expanding the ULEZ later this year will benefit Londoners across the whole of the city and is a crucial step in London’s green recovery. There is no time to waste. We know pollution hits the poorest Londoners the hardest which is why I’m doing everything I can to improve the health for all Londoners.”