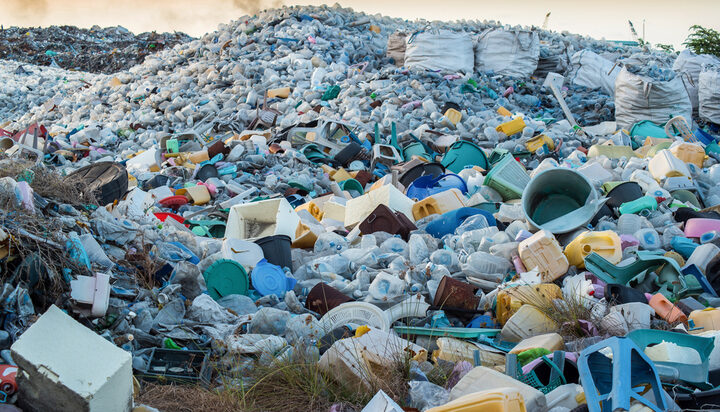 An estimated 209,642 tonnes of plastic waste created in the UK, was dumped in Turkey, according to a new report.

Analysis by Greenpeace suggests more than half of the plastic waste flagged as recycled is actually sent overseas for other countries to deal with.

It is claimed Malaysia and Poland are among the top export countries for the UK’s plastic waste, as well as Turkey.

The report also suggests less than 10% of household plastic packaging gets recycled in the UK.

It notes the volume of plastic waste generated every year in the UK exceeds the country’s capacity to recycle it.

Citing data from the British Plastics Federation, the study estimates that nearly 46% of the UK’s plastic waste is incinerated, 19% is exported and 17% goes to landfill.

The report claims in 2018, the UK generated an estimated 5.2 million tonnes of plastic waste – enough plastic to fill Wembley Stadium six times over.

That makes the country the second-biggest producer of plastic waste behind the US, according to the authors of the report.

A Defra spokesperson said: “We are clear that the UK should handle more of its waste at home, and that’s why we are committed to banning the export of plastic waste to non-OECD countries and clamping down on illegal waste exports, including to countries such as Turkey, through tougher controls.

“The UK is a global leader in tackling plastic pollution and our proposals for extended producer responsibility for packaging, a plastic packaging tax and mandatory electronic waste tracking will boost recycling rates, reduce waste and cut crime.”