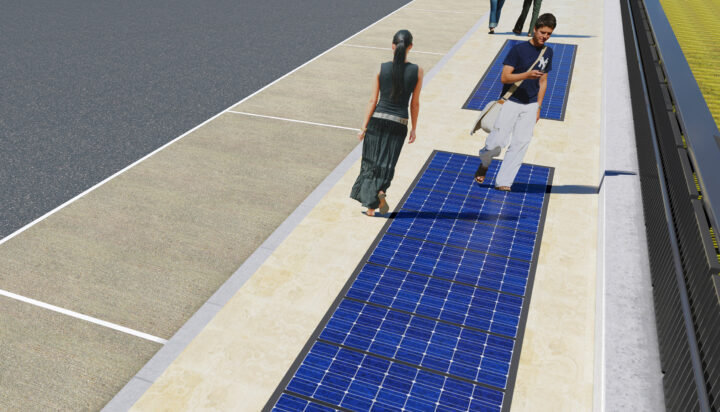 Malta has started walking on the bright side!

Infrastructure Malta, the government agency which is responsible for the upgrade of road infrastructure in the island nation, has installed a pavement designed to power 40% of a street’s lighting with renewable energy.

The €70,000 (£60.200) footpath features 36 photovoltaic panels which are predicted to generate more than 4,600kWh of electricity every year, saving 21 tonnes of carbon dioxide emissions.

The system aims to investigate the potential such kind of systems have to feed renewable energy into the grid and power other road technologies.

The agency will also install next to the 40-square-metre solar footpath a digital display to give the pedestrians live updates of daily generation figures and corresponding carbon dioxide emission savings.