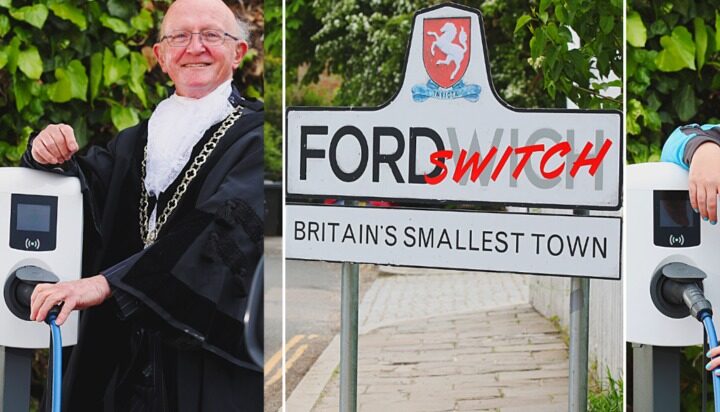 The smallest town in Britain, a small village which grew in the Middle Ages as a port for boats, Fordwich in east Kent is to go big when it comes to EVs.

All 380 residents of Fordwich have also been offered the chance to try and drive Ford’s new electric model, Mustang Mach-E in a mass test drive around the Kent countryside.

Philip Lewis, Local Councillor and Mayor of Fordwich, said: “We are so proud of our town and preservation is something that is incredibly important to us so we were keen to see how simple it would be to switch over to a more environmentally friendly vehicle.”