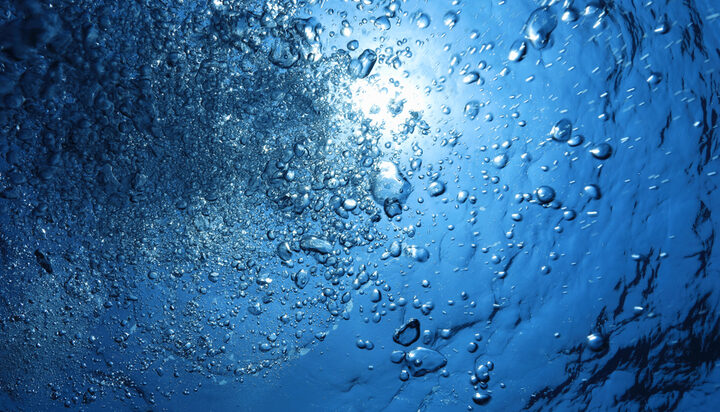 What if a bottle of champagne full of seawater showed us the way for a better carbon capture process?

A scientific group from the University of Exeter has developed a new carbon capture technology that works in a similar way as the process of capturing the carbon dioxide bubbles in a fizzy drink.

Their solution uses natural-based processes and renewable energy to remove carbon from seawater that can then be returned to capture more carbon dioxide.

The technology makes the seawater temporarily more acidic, a property that allows the carbon dioxide to bubble out.

While the captured carbon dioxide is stored, the carbon-depleted water is released back to the ocean, after the process.

The team which works with the Plymouth Marine Laboratory, the Brunel University London and the engineering services firm tpgroup, will initially design a pilot plant to remove at least 100 tonnes of carbon dioxide a year.

The project has been recently awarded with a £250,000 grant from the Net Zero Innovation Portfolio, run by the Department for Business, Energy and Industrial Strategy.

Dr Paul Halloran of Exeter’s Global Systems Institute said: “The challenge with capturing carbon from the atmosphere is that carbon dioxide makes up only around half of 1% of the air around us, so you need to push vast quantities of air through capture facilities to extract a meaningful amount of carbon.

“Our approach sidesteps this challenge by allowing the ocean’s vast surface area to do the job for us, tipping the natural process of carbon dioxide exchange between the atmosphere and ocean in our favour.”