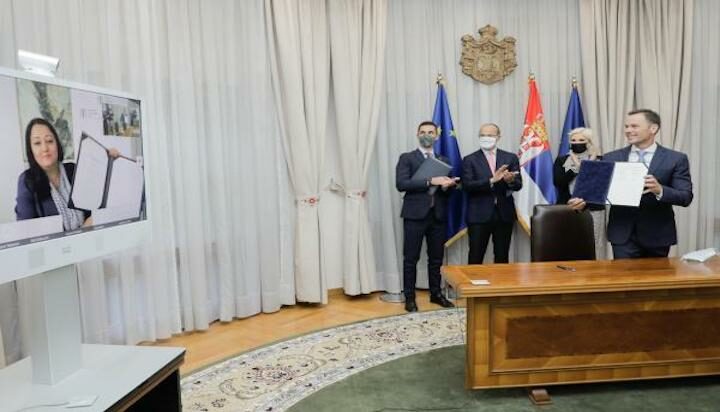 The European Investment Bank (EIB) is providing a €25 million (£21.5m) loan to finance the construction of the Serbian section of a natural gas interconnector between Serbia and Bulgaria.

It will improve the security and diversification of the energy supply in Serbia and the Western Balkans, strengthen energy networks in South East Europe as well as support faster integration of the region into the EU energy market, improve competition and ultimately attract more investment.

The project includes the construction of around 108 kilometres of a bi-directional gas pipeline between Nis and Dimitrovgrad as well as from Dimitrovgrad to the border with Bulgaria.

The new development will cater for around two billion cubic meters of gas per year.

Zorana Mihajlović, Deputy Prime Minister of Serbia and Minister of Energy, Development and Environmental Protection said: “Signing the loan agreement with the EIB, along with the previously approved EU grant, practically finalises the financial framework for the construction of the Serbia-Bulgaria gas interconnection. After the diversification of gas routes, Serbia’s goal is to also achieve the diversification of suppliers.

“The Niš-Dimitrovgrad gas pipeline, for which construction should start this year so that the pipeline can become operational by 2023, will enable Serbia to be supplied with natural gas from other suppliers – from LNG terminals in Greece, from the TAP and TANAP gas pipelines that are part of the Southern Gas Corridor and possibly from the Eastern Mediterranean gas pipeline, with gas from the Leviathan field (Cyprus and Israel).

“The construction of the Niš-Dimitrovgrad gas pipeline will significantly increase the energy security of not only Serbia but also the whole region.”