It is initially expected to be able to supply around 15% of the heat in the Amsterdam region with renewable sources, including solar and wind power 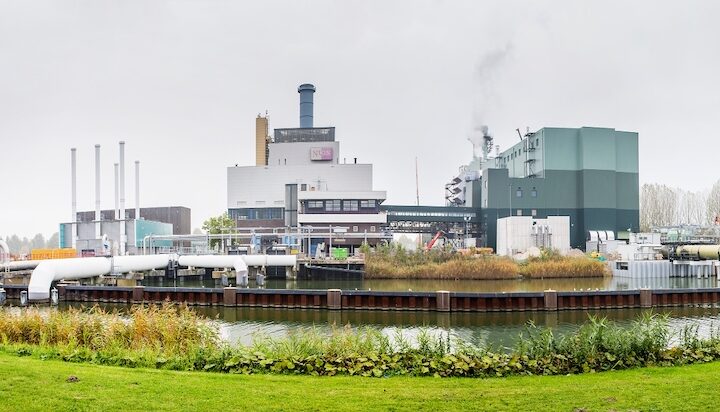 Vattenfall has been granted a permit and subsidies to built a 150MW power-to-heat E-boiler at its Diemen heat and power plant in Amsterdam.

The E-boiler, which is expected to be the largest in Europe, is similar to a ‘kettle’ – the installation converts electricity into hot water, which can be supplied to households and businesses or can be stored in the heat buffer, a large ‘thermal flask’.

The project is part of Vattenfall’s ambition to supply 100% sustainable heat in the Amsterdam region by 2040.

It initially expects to be able to supply around 15% of the heat in the region with renewable sources, including solar and wind power, with the current expected deployment of the E-boiler.

However, the number of hours the E-boiler can run will increase over the coming years, given the growth in the number of wind and solar farms in the Netherlands.

Alexander van Ofwegen, Director of Heat Vattenfall Netherlands said: “The E-boiler only switches on if the electricity mix is sustainable with a lot of electricity from solar and wind. When there is insufficient green energy, the gas-fired power plants in Diemen are still needed to produce electricity – power plants that also supply heat very efficiently.

“We expect that these gas-fired plants will remain necessary in the coming decades for security of supply in the Netherlands; first on natural gas, but later hydrogen from renewable sources.”

Vattenfall is being provided financial support through the Dutch SDE+ scheme, which provides subsidies for the use of techniques for the generation of renewable energy and other CO2-reducing techniques.

The subsidies are awarded over a period of 12 or 15 years, depending on the technology.