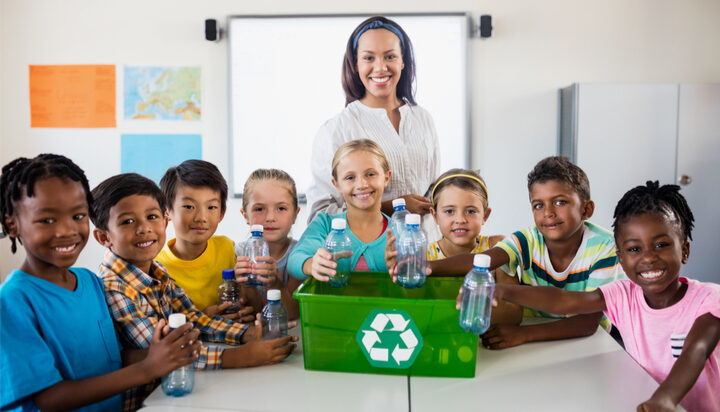 Environment education packs to engage students on climate action and encourage conversations about tackling climate change have been launched for schools ahead of the UK hosting the COP26 climate summit later this year.

The Together for Our Planet Schools Pack, hosted on the COP26 website and sent to UK schools, aims to help students learn more about the climate change summit in Glasgow and includes a guide for running a green assembly, along with ideas like ‘walk a school’ week and resources created by WWF and TED Talks to support schools.

Content focused on identifying the UK’s future student climate leaders and young people who are already contributing to climate action have also been included in the pack.

To launch our #TogetherForOurPlanet Schools Pack, COP26 spokeswoman @AllegraCOP26 held a “Green Assembly” with pupils to find out what steps they are taking to tackle #ClimateChange, and what #COP26 means to them.

COP26 President-Designate Alok Sharma said: “The role of young people in tackling climate change, one of the greatest challenges of our generation, will be crucial.

“I am delighted to see this school pack being launched today which will be made available right across the UK so that pupils can bring discussion and debate on the environment directly to their classrooms.

“It will be exciting to see young people engage on this pressing issue ahead of COP26.”