Plastic waste gets a vanilla flavour!

Scientists have developed a method to upcycle PET plastic into vanillin, a flavour compound used in the food and cosmetic industries 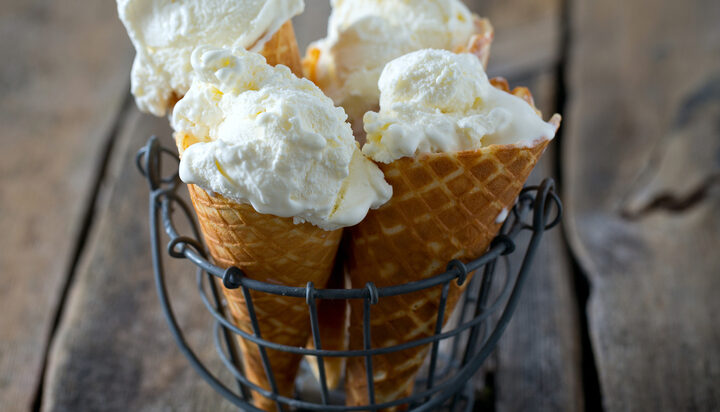 Would you still try a scoop of that vanilla ice cream if you knew that is made from recycled material taken from plastic bottles?

University of Edinburgh scientists have developed a way to convert polyethylene terephthalate, known as PET and found in various applications such as plastic bottles, into vanilla flavouring using genetically engineered bacteria.

Their work, which is published in the journal Green Chemistry, is believed to be the first approach to upcycle post-consumer plastic waste into vanillin using a microorganism.

Vanillin is used in sweet foods as a flavouring – it is estimated ice cream and chocolate industries comprise 75% of the market for vanillin.

It is also used in the cosmetics industry, cleaning products and herbicides.

Dr Stephen Wallace, Principle Investigator and UKRI Future Leaders Fellow, School of Biological Sciences, University of Edinburgh, told ELN: “We use our bacteria to covert PET into vanillin via a method that is very similar to beer brewing.

“Under these very mild conditions, our bacteria produce vanillin in 79% yield and we are already working on ways to increase this even higher.”

The research was designed to address issues such as plastic pollution and find a sustainable way to repurpose plastic waste.

Joanna Sadler, First author and BBSRC Discovery Fellow, School of Biological Sciences at the University of Edinburgh, said: “This is the first example of using a biological system to upcycle plastic waste into a valuable industrial chemical and this has very exciting implications for the circular economy.

“The results from our research have major implications for the field of plastic sustainability and demonstrate the power of synthetic biology to address real-world challenges.”

It is estimated that approximately 50 million tonnes of PET waste are produced annually.