Electric ‘flying ferries’ to connect UK and France in 40 minutes 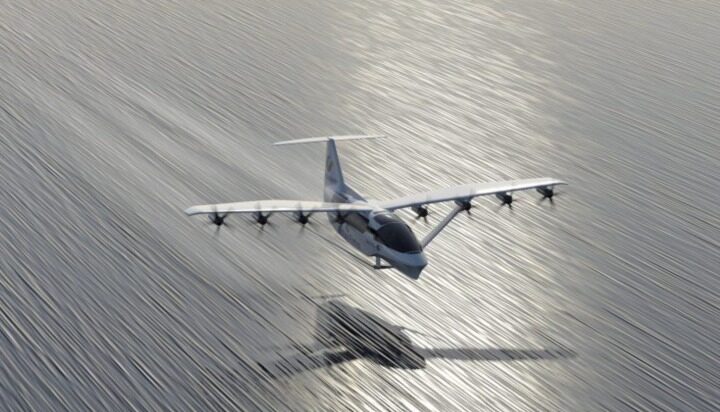 A new battery-powered craft described as a ‘flying ferry’ could make journeys across the English Channel in less than an hour.

The shipping company Brittany Ferries has revealed plans to explore the potential of a new high-speed all-electric form of ferry travel that aims to provide an efficient and greener mode of transport.

The project, named ‘seaglider’, is promised to slash the three-hour-long journey between Portsmouth and Cherbourg to just 40 minutes.

The hydrofoil-style craft is predicted to move at speeds of up to 180 miles per hour, around six times faster than conventional ferries.

The wing-in-ground effect vehicle, which is being developed by the US startup REGENT, could carry up to 150 passengers and could be cruising above the surface of the sea between the UK and France as early as 2028.

Frédéric Pouget, Ports and Operations Director for Brittany Ferries, said: “We hope this may help bring commercial success in the years that follow. Who knows; this could be the birth of ferries that fly across the Channel.”